If you use Evernote, you’ll be glad to know the company has announced it has passed over 100 million total users across all of their apps, since launching their first in 2008: 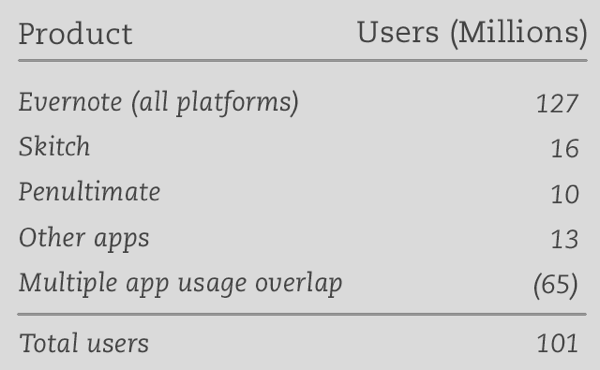 As for the first 100 million users, 27 million of them originated in Canada and the USA, while 35 million came from Asia Pacific, 31 million from Europe, Middle East and Africa, and 8 million from Latin America (grand total: 101 million).

Evernote says their growth has been primarily organic, as their total spend on advertising has worked out to less than a penny per user. Out of their first 100 million users, 88 million came from direct downloads while 13 million were referred by partners.

What Evernote apps are you currently using?