Apple recently invited Men’s Health magazine to visit its secret fitness test lab in Cupertino where activity data on Apple Watch is collected, revealing that the lab has managed to log over 33,000 workout sessions and 66,000 hours in the past five years. “The lab has collected more data on activity and exercise than any other human performance study in history”, said Jay Blahnik, Apple’s director of fitness and health technologies. 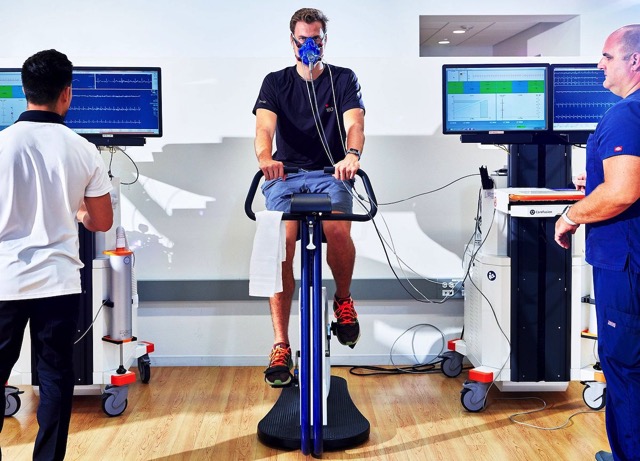 The lab’s work contributes significantly to the Apple Watch, Cupertino’s most fitness-focused device. All of the data is used to continually update and improve watchOS’s algorithms and systems. The facility recruits Apple workers to perform various exercises while being monitored by equipment as such a metabolic cart and an ECG machine. They may also wear a mask said to cost $40,000, which monitors calorie output, oxygen consumption, and VO2 max. 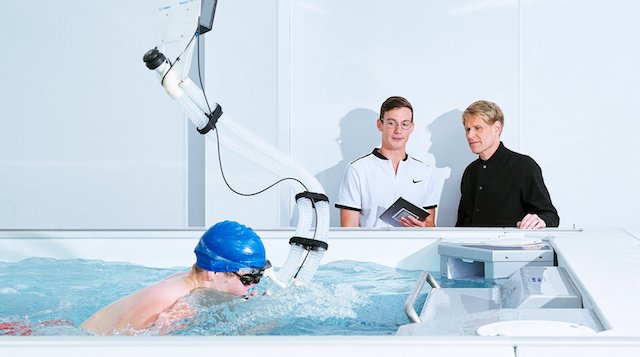 The fitness lab itself is also outfitted with a variety of spaces for various activities and environments. These spaces range from an endless pool to a studio for group fitness. Down one hall at the lab, there are chambers meant to mimic any temperature, from Arctic climates to desert heat. Every room has a name, and the three aforementioned chambers are dubbed Higher, Faster and Stronger.

This year Apple held its own global monthlong corporate health challenge, with tens of thousands of participants in teams of four, using the Lose It! Challenges app. Closing the watches’ tricolored rings was part of the game. It seeded health streaks that many at the company are still maintaining. “You noticed it on campus and in our retail stores,” says Blahnik. “Everyone was more active and engaged in their health. There was a lot of back and forth to encourage and motivate your team members to close their rings.”

The Apple TV+ original series Shrinking is now available to stream in Canada. Jason Segel and Harrison Ford star in a comedic drama series centred around a therapist that decided to approach his role in a new way by taking the filter off and giving unbridled honesty and advice. Shrinking stars Segel as James Lair,...
Steve Vegvari
5 mins ago