Facebook has announced this morning it has launched an AMBER Alert delivery system, in conjunction with police departments nationwide, to send alerts to the social network in the critical hours after a child has been abducted.

Once a police organization has confirmed that a case qualifies for an AMBER Alert, it is issued by the AMBER Alert coordinator for that province, sent directly to Facebook and then distributed with any available information, including a photograph of the missing child, the name and description of the child, the suspected abductor and/or description of the vehicle and its license plate number.

Law enforcement determines the range of the target area for each alert before Facebook shares it to people’s News Feeds. The number of Alerts people see will depend on how many Alerts are issued in their area; however, AMBER Alerts are typically a rare occurrence. If people do receive an Alert, they will know they are in a position to help. 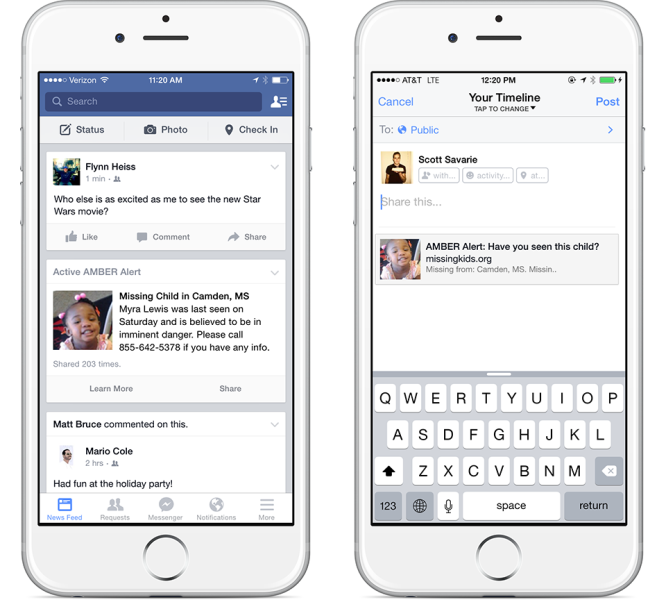 Jordan Banks, Global Head of Vertical Strategy and Managing Director, Facebook Canada said in a statement “We know that when a child is abducted, the most valuable thing we can do is get information out to the public as fast as possible,” while also saying “By getting the right information to the right people at the right time through targeted AMBER Alerts on Facebook, we hope to reunite missing children with their families faster.”

Canada adopted the program in 2002 first in Alberta, then spread nationwide. Our wireless carriers and the CWTA established Wireless AMBER Alerts in 2010, which brings users alerts via text message. To subscribe, text the keyword AMBER to 26237 from your cellphone. Last year, Quebec launched a dedicated iPhone app for receiving AMBER alerts.