Continuing its efforts to protect the integrity of the forthcoming Canadian federal election, Facebook Canada has today announced new details about its ads transparency tools set to launch in the country before the end of June 2019. The company is also seeking input from a group of prominent Canadian leaders from diverse political backgrounds. 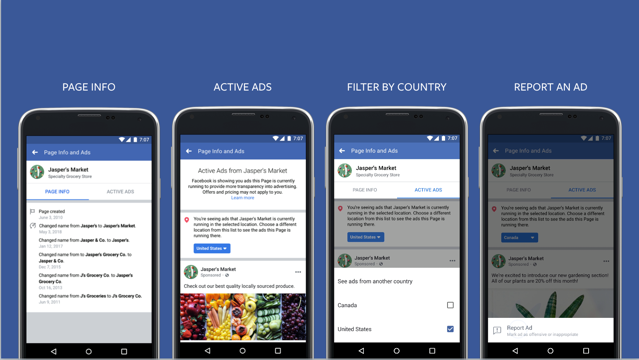 In compliance with the Elections Modernization Act, Facebook will be launching the Ad Library in Canada to help ensure that authenticity and transparency are at the core of paid election advertising on Facebook.

The social media giant says it will require advertisers to confirm their identities before running any political or election-related ads, including those that refer to candidates.

“Understanding the importance of bill C-76 and what’s potentially at stake, we’re doing the hard and rigorous work to get our political ads transparency tools right for Canadians. We are approaching our efforts with a Canadian lens in building the Ad Library and other processes, while simultaneously applying learnings from similar efforts around the world,” said Kevin Chan, Head of Public Policy at Facebook Canada.

The Ad Library will store ads related to politics targeted to people in Canada and will be viewable and searchable by anyone globally for up to seven years. Furthermore, the Ad Library will cover not only electoral ads but also ‘issue ads’, which don’t explicitly back one candidate or political party but are major issues of national importance.

Advertisers who want to run ads in Canada that reference political figures, political parties, elections, or issues of national importance, will have to go through the ad authorizations process and comply with all applicable laws.

More information is available at this link.

Google earlier announced it will be banning all political and partisan ads during this fall’s federal election.