Facebook has announced today iPhone users in the U.S. can now share live video from their device, in what looks like a move to compete with Twitter’s Periscope. The advantage for Facebook is this feature is baked into the company’s iOS app, and does not require a separate download (if only Messenger was still built in).

In order to share a Live Video, users just create a new status and tap on the new Live Video icon. They can then add a description and start broadcasting their video live. Users will be able to see the number of live viewers, friends watching in real-time and comments. Finished streams will be saved to user timelines or deleted. 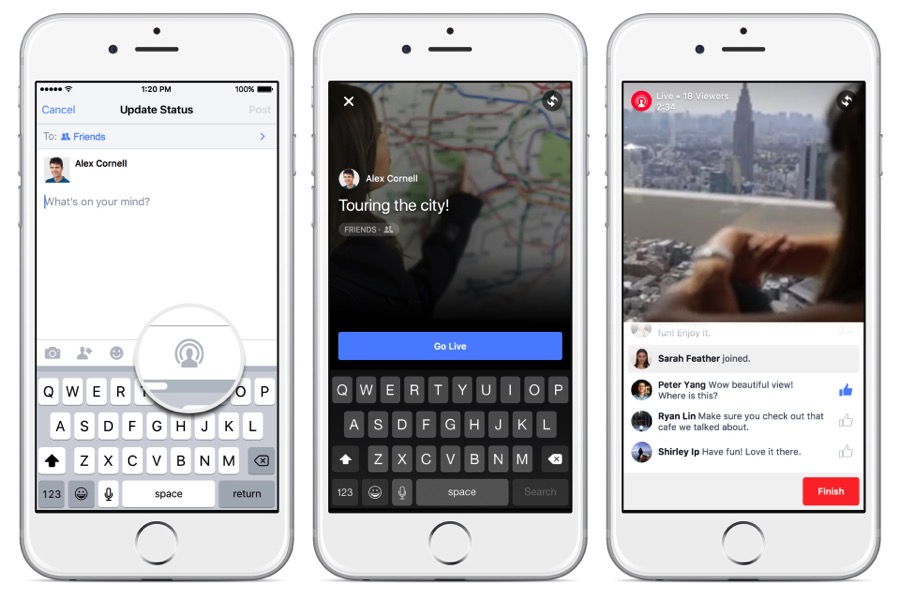 Facebook says users can tap subscribe to get notified when friends go live and the feature is also available for public figures and verified pages, which means this looks to be another way for advertisers and celerities to reach more eyeballs.

The feature was first announced back in December, the same day a new Collages feature was launched, to improve photo sharing experiences.

Facebook says Live Video will roll out “to the rest of the world over the coming weeks,” so stay tuned for the update, Canada.