According to a report by TechCrunch, Facebook is quietly testing a feature called ‘Popular Photos’ which seems to offer an experience that feels like the Instagram feed, but inside of Facebook. The feature shows “an endless scroll of algorithmically selected pics” beneath the full-screen view of a photo opened from the News Feed. 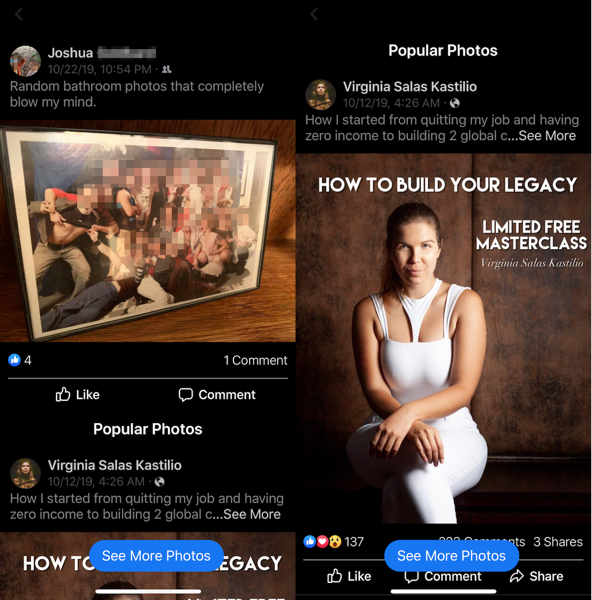 A spokesperson for Facebook has also confirmed the company was running a small test of Popular Photos last month. While that trial run has now concluded, Facebook is now planning to do updated tests in the future. Beyond that, the spokesperson did not share any details regarding the feature:

Here’s how Popular Photos works. When users discover a photo in the News Feed or a profile, they can tap on it to see it full-screen on a black theater-view background.

By scrolling down past the Popular Photos title, they’ll see additional pics and a “See More Photos” label beckoning them to keep whipping through more public and friends-only images shared by friends and who they follow.

Unlike the News Feed, Facebook truncates the captions of Popular Photos after only around 65 characters so the stream doesn’t look overwhelmingly wordy, which makes it even more similar to Instagram.

Despite engineering delays, Apple is said to be continuing work on full reverse wireless charging support for the next-generation iPhone (via 9to5Mac). (Concept image: via EverythingApplePro) Citing sources familiar with the matter, the report notes that Apple was expecting to introduce the feature with the iPhone 14 Pro, but it missed the deadline. However, the...
Usman Qureshi
10 mins ago

Apple unveiled its new HomePod second-generation last month, with the smart speaker going on sale in Canada last week. We're seeing the first teardowns of Apple's 2023 HomePod hit the web now, with YouTuber Brandon Geekabit recently sharing his disassembly of the device. On the outside, the new HomePod has a similar physical footprint to...
Nehal Malik
60 mins ago