According to a report by TechCrunch, over 419 million phone numbers linked to Facebook accounts have been found online on an exposed server that contained records over several databases on users from various regions. And since the server wasn’t password-protected, anyone could access the database. 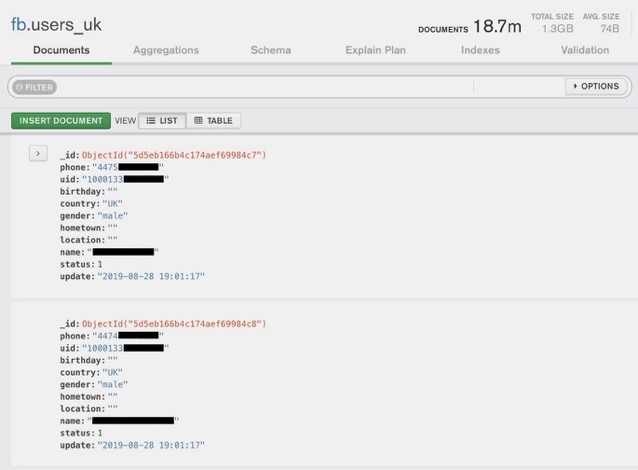 Sanyam Jain, a security researcher and member of the GDI Foundation, found the database and contacted TechCrunch after he was unable to find the owner.

Each record contained a user’s unique Facebook ID and the phone number listed on the account. Moreover, some of the records also had the user’s name, gender, and location by country. But since Facebook has now restricted access to users’ phone numbers, the exposed phone numbers have not been public for over a year.