Apple’s first-ever Android app ‘Move to iOS’, aimed at helping users switch from Android to iOS, is being slammed by ‘fAndroids’ on Google Play store with thousands of 1-star reviews. The app went live yesterday in order to help Android users transfer their contacts, photos, and other data over to an iOS device. However, merely a few commenters seem to have actually used the app, while most are just using the reviews section to go thermonuclear on Apple in general. 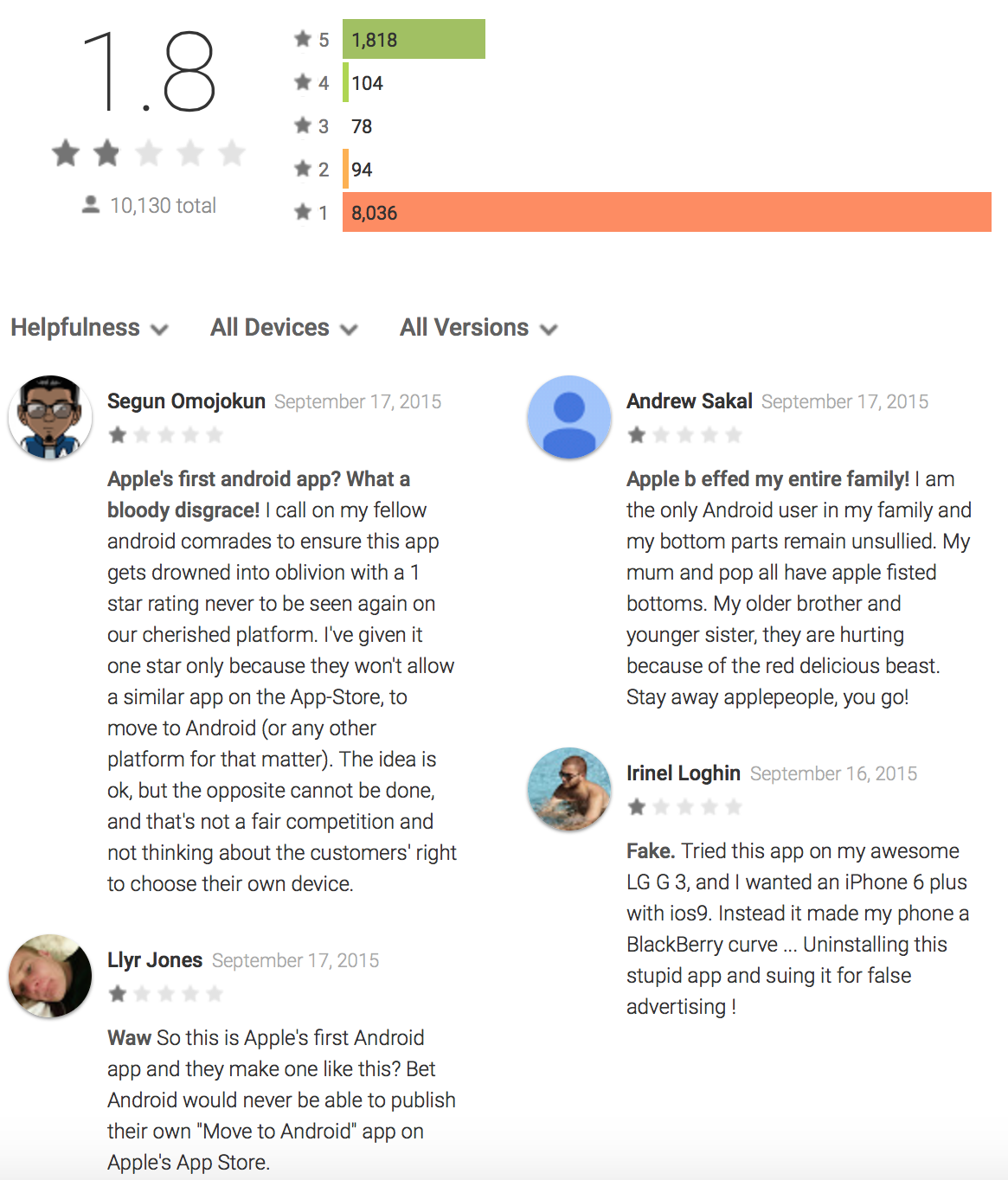 The above screenshot, taken from Google Play store is self explanatory. If you go through the reviews, you’ll notice that majority of them are complaining about iPhone battery life, overpriced Apple Watches, ‘iSheep’ and everything else not related to the app itself. Goes to show how lame these fAndroids truly are, seriously!

Let’s see what kind of reception the Apple Music app for Android gets once it goes live in the Google Play store later this year.

After iOS 16.1 beta users discovered Adaptive Transparency enabled for the original AirPods Pro and AirPods Max, we’re now finding out this is actually a “bug”. That’s according to what Bloomberg’s Mark Gurman shared on Monday morning, citing the MacRumors report. “I’m told this is a bug,” said Gurman in his retweet. He later clarified the […]
Gary Ng
59 mins ago