PCMag Reveals Which Canadian ISPs are Best for Gaming for 2022

According to PCMag’s annual test of the best gaming ISPs in Canada for 2022, Bell Canada has the best performance improvements of all major Canadian ISPs, closing the latency/jitter gap to take the top spot from last year’s winner, Shaw Communications. 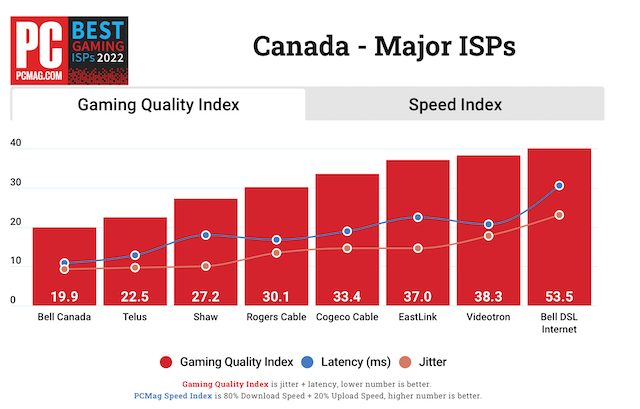 Locally, Manitoba’s ISP Valley Fiber took the title of Best ISP for Gamers in the country from Toronto’s Beanfield Metroconnect who set records in our testing last year.

For those who aren’t familiar, PCMag’s rankings are based on “Gaming Quality Index,” a calculation that combines the latency of the connection in milliseconds and the score for jitter. The lower the Gaming Quality Index number, the better the quality.

Below are the key highlights of the tests:

Google on Thursday shared a teaser video for its first smartwatch, dubbed the Pixel Watch, ahead of its expected announcement at a launch event confirmed for October 6. Check out Google's full Pixel Watch teaser below: https://www.youtube.com/watch?v=_p7v1PTABSU The teaser introduces us to the design of Google's oft-rumoured smartwatch against the backdrop of some thumpy music,...
Nehal Malik
4 hours ago