Danny Meyer, the progressive NYC restaurateur and founder of Shake Shack, has announced a new partnership with digital reservation startup Resy, according to which when the upscale Union Square Cafe reopens in October, key staff members will sport an Apple Watch loaded with the ResyOS app, and will receive constant updates from servers and the kitchen, Eater is reporting. 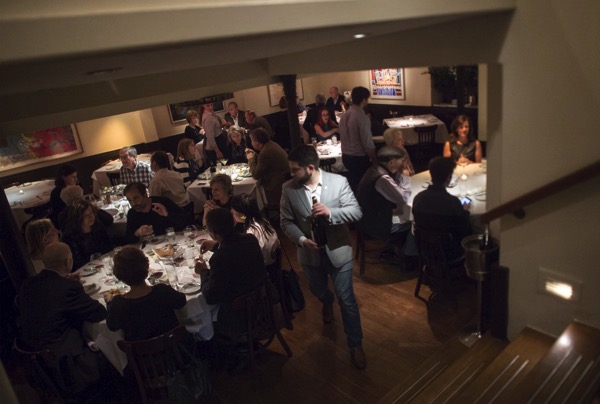 The platform will notify the floor managers and sommeliers when customers are first seated, the kitchen runs out of crab, a bottle of wine is ordered, when a group is done and requires their coats, or when someone vaguely famous strolls through the door. Maureen Cushing, co-founder of TechTable and USHG’s VP of Technology, said ResyOS is “another way to listen and respond to our guests,” likening certain app features to Uber feedback.

ResyOS is getting more sophisticated for diners too. Diners will soon be able to invite other members of their group into the reservation so a restaurant can know all of the names in a given party. And if a diner is running late to their reservation, they can text that information to ResyOS and the restaurant will be alerted — no awkward phone call or hold music necessary. Union Square Cafe will also make use of Resy Pay when it reopens, a feature that allows members of a party to split the check, pay individually on their phones, and leave at will, without waiting for everyone in the party to pay up.

If successful, the app and Apple Watches will be implemented into other Union Square Hospitality Group (USHG) restaurants as well.