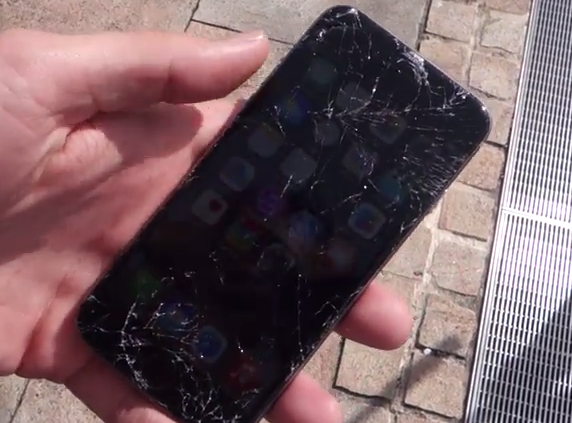 One of the first iPhone 6 and iPhone 6 Plus drop tests were performed today down in Sydney, Australia, by PhoneBuff, a popular YouTube channel run by David Rahimi from Orange County, California.

Rahimi and his girlfriend were the first in the world to buy the iPhone 6 and iPhone 6 Plus today—and he didn’t even have to wait in line.

According to The Queensland Times, Rahimi made a Reserve and Pick Up pre-order last week, but instead chose to have his location to be at the Apple Store in Sydney. He happened to be at the front of the reservation line up so he didn’t even have to camp out overnight for his iPhones.

So what’s a YouTuber to do? Perform the first drop tests of course. Check it out below–we won’t spoil which model performed better (or worse):

That’s over 12,000 kilometres flown to get to Sydney from the O.C. to do a drop test. That’s what you call dedication to the YouTube game, son.

The iPhone 6 and iPhone 6 Plus have already had teardowns performed, confirming the larger batteries plus 1GB of RAM, as suspected.

Update: Here’s another drop test from the guys over at Android Authority:

Update 2: Okay this guy was one of the first to perform a real-life drop test in Australia: