According to a new report by MySmartPrice, a foldable Google Pixel phone has been spotted on Geekbench codenamed ‘Pipit’ featuring an octa-core Google Tensor processor with a peak clock speed of 2.8GHz, and 12GB of RAM. 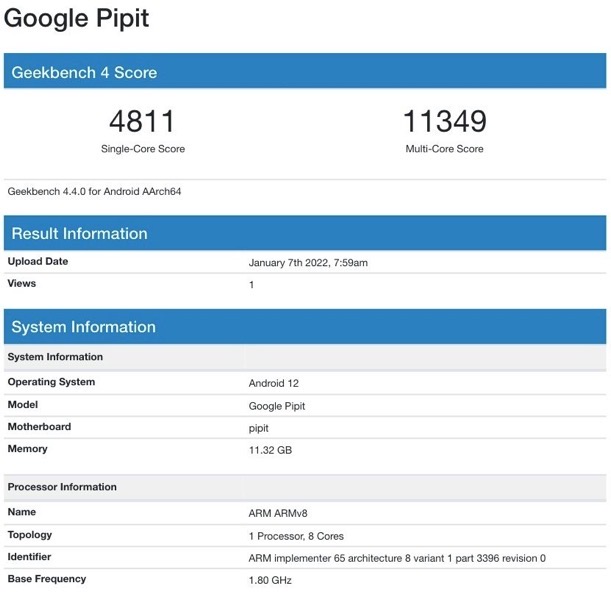 The rumoured foldable Pixel phone is expected to come with 256GB or 512GB of internal storage and run Android 12 out of the box.

“Google has announced Android 12L for large screen devices or foldable phones. We can expect “Pipit” to feature the same,” notes the source.

“The device’s processor has a base clock speed of 1.8GHz. For GPU, there is a Mali G78. Based on these specs, we speculate that the chipset is Google’s newly launched Tensor. The SoC has two cores clocked at 2.8GHz and two other cores clocking 2.25GHz. There are four efficiency cores clocked at 1.8GHz.”

Since there is no official word yet of a foldable Pixel phone from Google, the authenticity of this report remains questionable.