As pointed out by Reddit user Reesyy, a new feature called ‘Friends Mix’ is being rolled out to some Apple Music subscribers today, that highlights the songs their friends have been listening to in the past week or so (via MacRumors). The curated playlist includes profile pictures on the songs so you can keep track of which friend listened to each song. 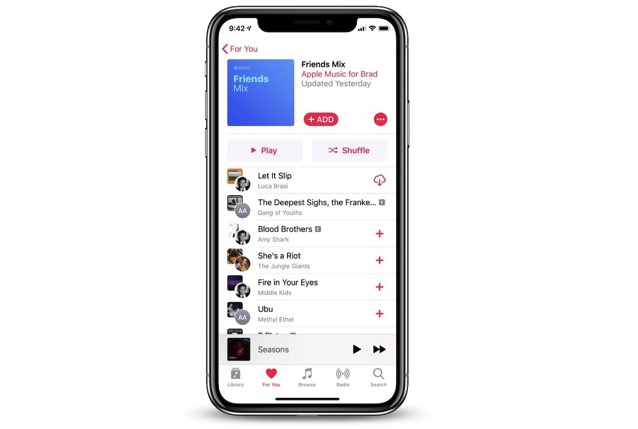 Like the other playlists, you’ll be able to find Friends Mix sitting atop the “For You” tab in Apple Music. It’s unclear on which version of iOS Apple is rolling out the playlist, but the poster on Reddit does reference being on the iOS 12 public beta.

Friends Mix is making new use out of the social features that Apple debuted in iOS 11 last year, which lets users build their own Apple Music profiles and show friends the playlists and albums that they’re listening to.

The new feature is gradually showing up for Apple Music subscribers worldwide.