As reported by VentureBeat, Google has started applying AI to make real-time spell-check suggestions while detecting potential grammar issues in Gmail for its G Suite users. The feature is being rolled out now for rapid release domains across all G Suite editions, while scheduled release domains will get it on September 12. 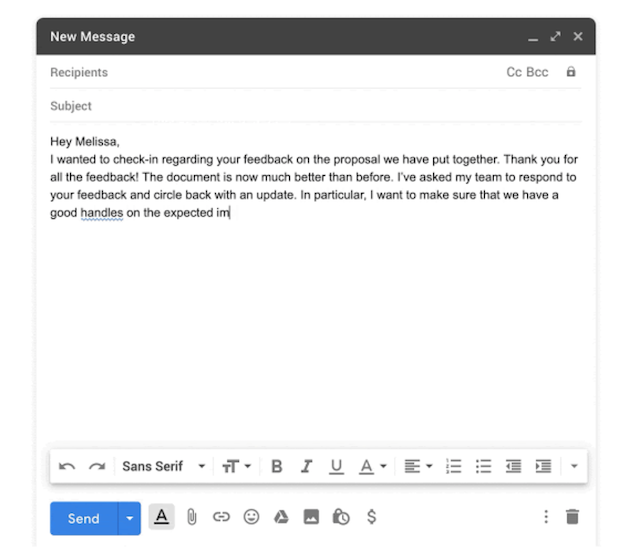 The source notes that users will get “as-you-type” autocorrection for improved accuracy for common spelling mistakes. Users can see blue lines appear under erroneous phrases as they write them and right-clicking on them accepts or dismisses the corrections.

Google notes that its engine can handle basic cases like “affect” versus “effect” and “there” versus “their” in addition to more complicated rules.

“If you’re working against deadlines to write a lot of emails daily, correct spelling and grammar probably isn’t top of mind. These capabilities can also help you write and edit with more confidence if you’re a non-native speaker. With our AI-first approach, you can communicate smarter and faster, without sweating the small stuff.”

For now, autocorrect is currently only available in English. To find out more, visit this page.