In a recent blog post, Google has announced that it will soon be shutting down Google Hangouts and that it is initiating the process of migrating Hangouts users to Google Chat, which will become available to everyone as a free service starting next year.

“Starting in the first half of 2021, everyone can begin upgrading from Hangouts to Chat. To ensure a smooth transition, we will help automatically migrate your Hangouts conversations, along with contacts and saved history. We’ll share more specific guidance on what steps you can take when we begin the transition process.”

Google Chat includes familiar Hangouts features like direct and group messaging, with helpful additions like send to inbox, faster search, emoji reactions, and suggested replies. Users will be able to experience Google Chat both inside Gmail and the Chat standalone app. 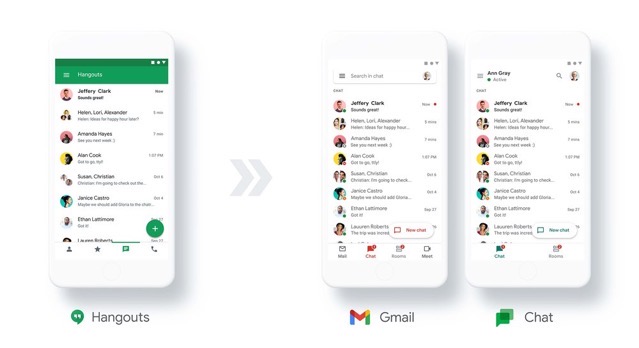 At the same time, Google has announced that Google Fi support will be removed from Hangouts early next year. Fi users will be able to make voice calls and check voicemail from Messages for web, manage conversations from Messages across devices, and migrate their existing Hangouts conversations.

Lastly, Google says it will soon start directing Hangouts Voice users to the Voice app for text messaging and calling going forward, and early next year, it will remove Voice support in Hangouts.