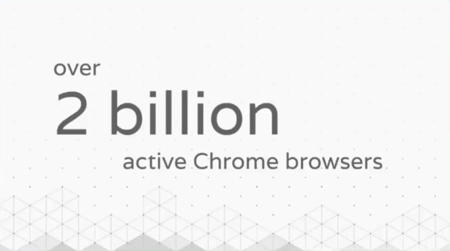 While hosting its 2016 Chrome Dev Summit, Google has revealed that active Chrome installs across various desktop and mobile platforms have surpassed 2 billion, TechCrunch is reporting. Chrome Engineering VP Darin Fisher made the announcement during the keynote, adding that he wanted to make this point that “there are a lot of Chrome browsers out there”.

This is the first time Google has shared this number. Sadly, Google didn’t announce any new user numbers for Chrome today. The latest stat for active Chrome users remains at 1 billion — a number Google shared in April.

As the company likes to highlight every now and then, it now has seven mainstream products — Gmail, Android, Chrome, Maps, Search, Youtube and the Google Play store, with over a billion active users.