Google has today announced on its official blog that it will soon enable the automated text-to-speech feature for emergency calls made using the Phone app on its Pixel devices, essentially offering a one-tap system to relay location information to the emergency operator without speaking (via The Verge). 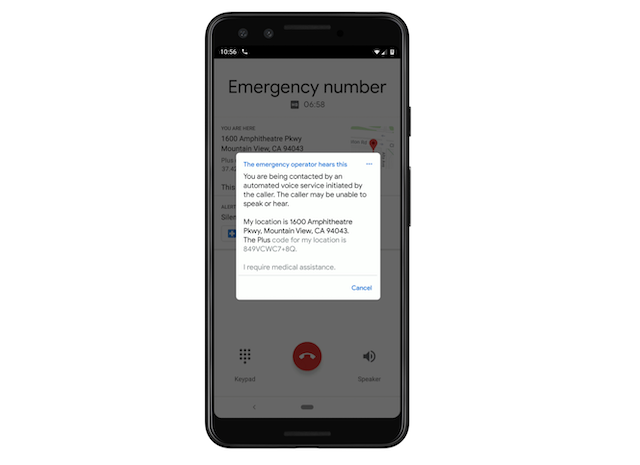 The feature will allow users to simply tap on the “Medical,” “Fire,” or “Police” buttons during an emergency call in order to convey the type of emergency to the operator through an automated voice service.

Google explains that since the service works on the device, the information stays between the sender and the emergency services. Once activated, the service functions with or without a data connection and also allows users to always speak directly to the operator.

“Your location, which comes from your phone’s GPS, is often already shared with the operator when you make a 911 call. This new feature provides similar location information through the automated voice service, along with the caller’s plus code, which is another reliable way to help emergency services accurately locate them.”

This feature will be available on supported Android devices in the U.S. over the coming months, starting with Google’s own Pixel devices.