Google has just introduced its new subsea cable ‘Topaz,’ the first-ever fiber cable to connect Canada and Asia. Topaz will run from Vancouver to the small town of Port Alberni in British Columbia, and across the Pacific Ocean to the prefectures of Mie and Ibaraki in Japan.

The cable is expected to be ready for service in 2023. It will not only deliver low-latency access to Search, Gmail and YouTube, Google Cloud, and other Google services but also increase capacity to the region for a variety of network operators in both Japan and Canada. 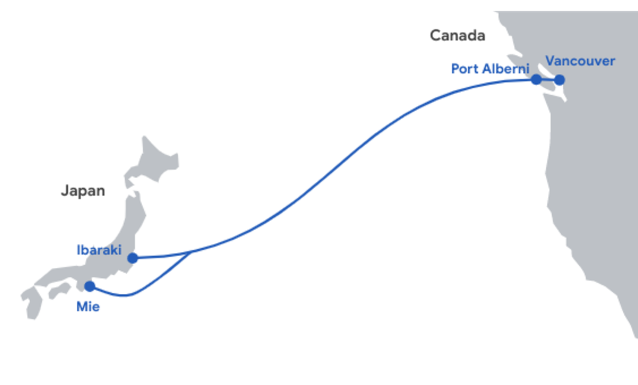 The project, spearheaded by Google, is being joined by several local partners in Japan and Canada to deliver the full Topaz subsea cable system.

The width of a garden hose, the Topaz cable will house 16 fiber pairs, for a total capacity of 240 Terabits per second (not to be confused with TSPs). It includes support for Wavelength Selective Switch (WSS), an efficient and software-defined way to carve up the spectrum on an optical fiber pair for flexibility in routing and advanced resilience.

Other networks and internet service providers will be able to benefit from the cable’s additional capacity, whether for their own use or to provide to third parties.