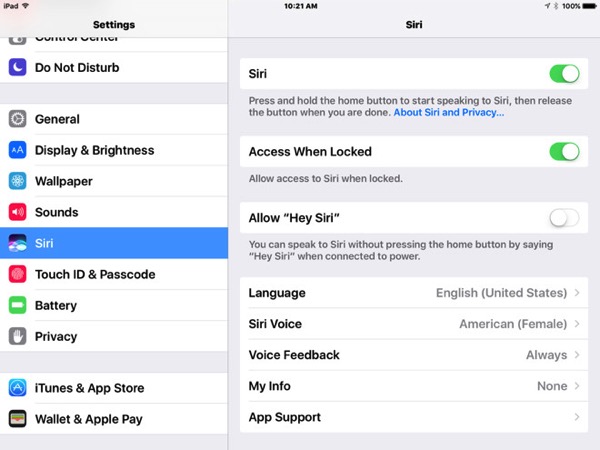 Despite the inclusion of M9 chip, the 2017 fifth generation iPad seems to lack the always-on ‘Hey Siri’ feature. As pointed out by AppleInsider, Apple highlighted that A9 and M9 chip combination is what makes ‘Hey Siri’ possible on battery power in the iPhone 6s and iPhone SE, and yet, even with the same chip combination, the latest iPad lacks the ability.

Though the new iPad launched in March, the lack of always-on “Hey Siri” support has gone largely unnnoticed Absent even on the A9X powered 12.9-inch iPad Pro, the only iPad model the feature is currently available on is the 9.7-inch iPad.

The absence is confirmed by a note in the fifth-generation iPad’s Settings menu, which states the feature is only able to be used when the iPad is plugged into an external source of power.

Apple introduced the always-on ‘Hey Siri’ feature in 2015 with the release of iPhone 6s and iPhone 6s Plus. The company claimed that the feature was made possible by the special low-power processing of the M9, which allows ‘Hey Siri’ voice controls to be invoked without touching the device or plugging it in, offering a true hands free Siri experience.

It is not yet known why Apple has not enabled the always-on ‘Hey Siri’ support for the 12.9-inch iPad Pro, and has also not responded to requests for comment about the issue so far.