As part of its plans to transition the Mac lineup to custom-made-in-house Apple processors, Apple last month seeded a Transition Kit to developers while also offering a Mac mini powered by the A12Z processor. Today, that Apple silicon Mac has leaked new details on how iPhone and iPad apps will look on the Mac (via 9to5Mac). 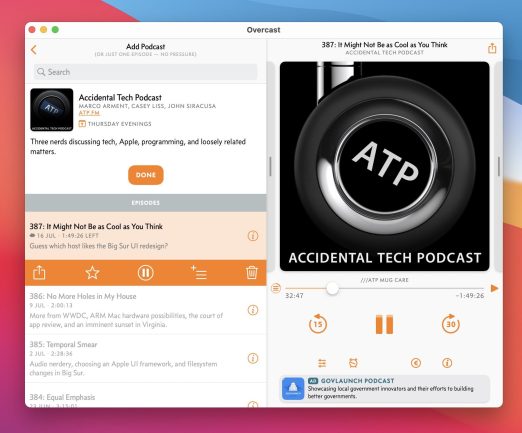 According to the newly leaked benchmarks, the Developer Transition Kit runs Geekbench 5 Pro natively on the Mac mini suggesting that performance should not be affected by virtualization. 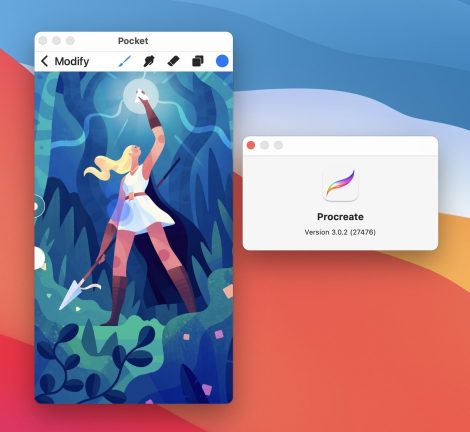 Meanwhile, details on how iOS and iPadOS apps will work on Apple silicon Macs have been leaked by Steve Troughton-Smith on Twitter. He uses Overcast and Procreate as two examples of iPad and iPhone apps running on the Mac.

“There are a series of compatibility behaviors applied to iOS apps running unmodified on macOS, makes them a lot more likely to work out of the box than if the developer had just ticked the Mac checkbox and nothing else. They are told they’re running on an iPad running iOS 14, too.

With the previously missing deprecated frameworks, like OpenGLES, and classes, like UIWebView, now back in macOS, a lot of apps should ‘just work’. These things weren’t relevant to the Catalyst SDK before, but they’re relevant now.”

You can get more information on this Twitter thread.