Late last week, Google Drive announced a new and faster way for users to open up a Google Doc, thanks to the company’s acquisition of the ‘.new’ domain.

The usual way to open up a new Google Doc is to load up Google Drive, then choose a new document for the type of application you’re looking for, sapping up precious seconds. 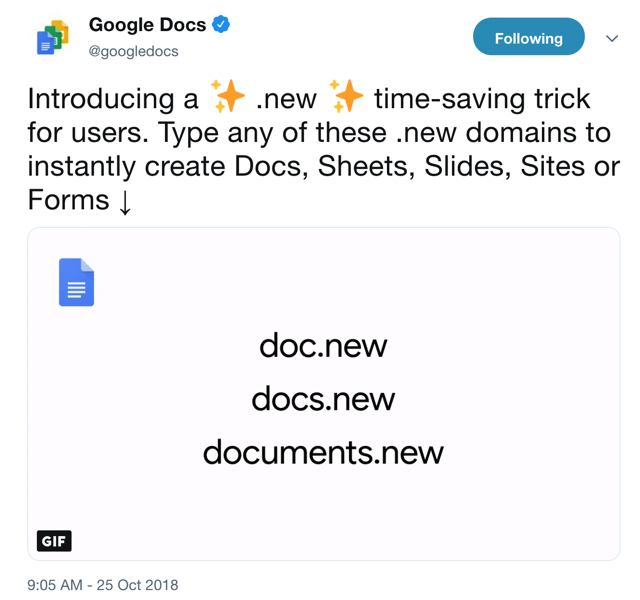 Introducing a ✨ .new ✨ time-saving trick for users. Type any of these .new domains to instantly create Docs, Sheets, Slides, Sites or Forms ↓ pic.twitter.com/erMTHOsdyH

Now, all you need to do is type the following shortcuts into your web browser address bar (URL bar) to instantly open up a new document in the respective app from Google Drive (there’s no need to type ‘www’):

All documents opened this way are saved in your Google Drive, as you already expected.

This is such an easy shortcut and definitely makes it faster to launch a new Google Doc. Let us know if you’re going to take advantage of this.