‘Project Sandcastle’ Lets You Install Android On Your iPhone 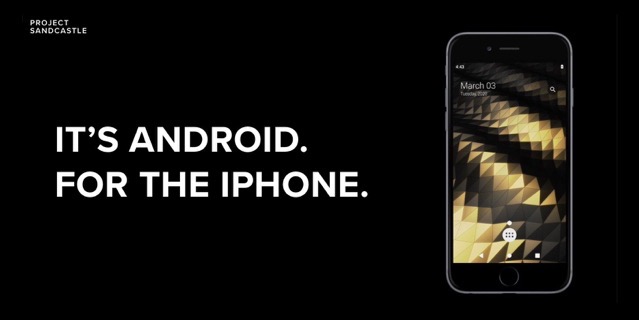 Using the newly released checkra1n 0.9.8.1 jailbreak to gain access to the bootloader of older iPhone models like the iPhone 7 or iPhone 7 Plus, users can now install a semi-working version of Android on their iPhones, thanks to the Correlium team’s Project Sandcastle exploit (via 9to5Mac).

#checkra1n 0.9.8.1 is out! Quite a few under the hood changes, Project SandCastle (by @CorelliumHQ) support and PongoOS improvements. We now added the ability to override the booted PongoOS image with the -k option. Get it at https://t.co/FdrybgKY1y

While support for additional phone models is currently in the works, ambitious iPhone 7/7 Plus owners can give the new hack a try. Of course, you need to proceed with caution since a lot of things can go wrong with the first beta of a work-in-progress hack.

It is also worth noting that many components of the hardware are currently non-functional. Camera, Bluetooth, and cellular modems are not working in the current builds.

To find out more details and download the special builds, visit ProjectSandcastle.org.

SaskTel has announced the expansion of its 5G network to a number of rural communities, including the Town of Lumsden. With its hyper-fast data speeds, SaskTel’s 5G network is bringing a new level of wireless connectivity to residents and businesses across Saskatchewan. “Saskatchewan people will continue to benefit from some of the best communications technologies...
Usman Qureshi
11 mins ago