How to Use tvOS 14.5 Colour Balancing Feature with Older Apple TV Models

With the release of tvOS 14.5 next week, Apple will be introducing a new feature to balance the colours of the new Apple TV 4K. Fortunately, the feature will work with older Apple TV models as well (via 9to5Mac). 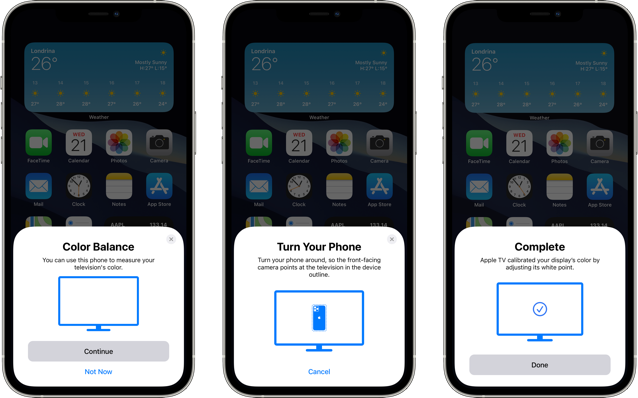 Available for Apple TV HD (2015) and later, Apple says this new feature will compensate for the poor native colour calibration of some TVs. The upcoming tvOS 14.5 updated will use the iPhone’s sensors to adjust the colours displayed in the operating system, so the users won’t have to manually adjust the colours on their TV.

“Apple TV uses the light sensor in iPhone to compare the color balance to the industry-standard specifications used by cinematographers worldwide. Using this data, Apple TV automatically tailors its video output to deliver much more accurate colors and improved contrast — without customers ever having to adjust their television settings.”

To use the feature, all you need is an iPhone with Face ID and an Apple TV running the latest version of the operating system i.e. iOS 14.5 and tvOS 14.5. Then follow these steps:

The requirements for the new Color Balance feature are:

It must be noted that the adjustments will apply only to your Apple TV and not to other media content on the TV.