Personal media startup Magisto, who makes an app that turns your everyday snapshots and video clips into short, shareable videos, has analyzed the personal media habits of 66,000 iOS and Android users worldwide and has published some interesting statistics on how we really use our camera phones (via GigaOM). Turns out iOS users take 65% more photos during any given month than their Android counterparts, with an average iOS user taking 182 photos per month, while Android users only take 111 photos on average. 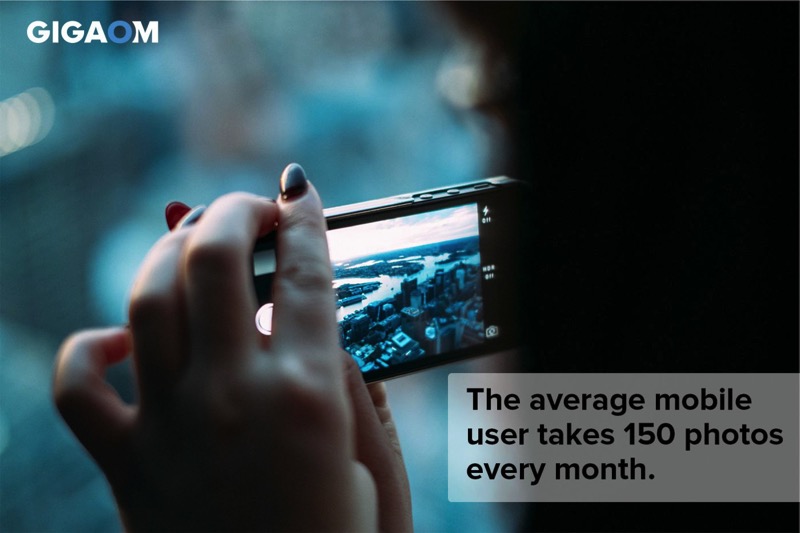 According to the report, an average iOS device holds 2.3 times as many photos as the average Android device. Furthermore, it notes that people don’t just take a lot of photos every month, they also like to collect them and carry them around for some time. The average user has 630 photos and 24 videos stored on their mobile device. In addition, women take on average 47% more photos than men, whereas men shoot 15% more videos than women. Also, the biggest photo lovers are female iPhone users under the age of 25, taking an average of 250 photos per month.

“There are a number of possible explanations for this. One is that the Android ecosystem doesn’t just include $600 flagship phones, but also very cheap devices, some of which can be had for $50 or less with a prepaid plan. These lower-end devices typically come with a lot less internal storage, which impacts their owners’ abilities to capture personal media. You just won’t take 180 photos a month if your phone constantly complains about running out of storage.

One could also argue that Apple has historically done a great job at making iPhone photos look good, which encourages people to take more photos”.

Interestingly, male Android users take the least amount of photos, with an average of just 90 photos per month.