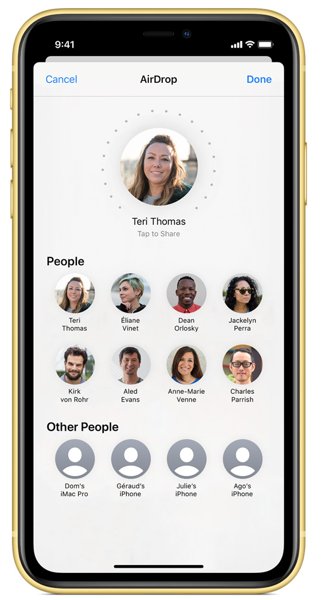 However, Apple did not announce its Tile-tracking product today and didn’t give much airtime to ultra wideband technology, aside from mentions on its iPhone 11 and iPhone 11 Pro website.

Apple’s iPhone 11 website explains, “Ultra Wideband technology comes to iPhone. The new Apple?designed U1 chip uses Ultra Wideband technology for spatial awareness — allowing iPhone 11 to precisely locate other U1?equipped Apple devices. Think GPS at the scale of your living room. So if you want to share a file with someone using AirDrop, just point your iPhone at theirs and they’ll be first on the list.”

The footnote on the iPhone 11 website says “coming this fall” for this new feature. However, on the iPhone 11 Pro page, Apple’s footnote reveals support for AirDrop and ultra wideband will be coming on September 30, the day iOS 13.1 is released for download. 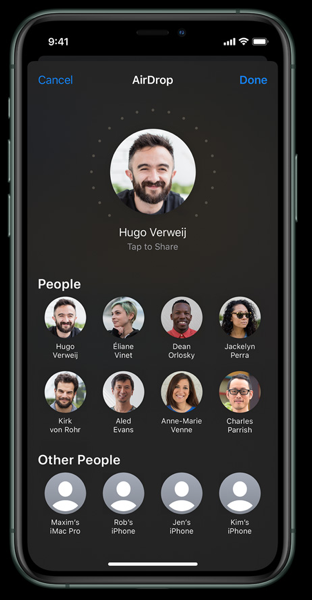 “It’s like adding another sense to iPhone, and it’s going to lead to amazing new capabilities. With U1 and iOS 13, you can point your iPhone toward someone else’s, and AirDrop will prioritize that device so you can share files faster. And that’s just the beginning,” explains Apple, teasing more is coming with the technology.

AirDrop is one of the best iOS features—when it actually works—and ultra wideband should make this feature even better.