According to a fast-growing thread on Apple support forums, the iPhone 11 displays are scratching way too easily with some users claiming their devices have gotten scratched after just a couple of days of use. Users say they only put their phones in their pockets free of coins, keys or any other objects. 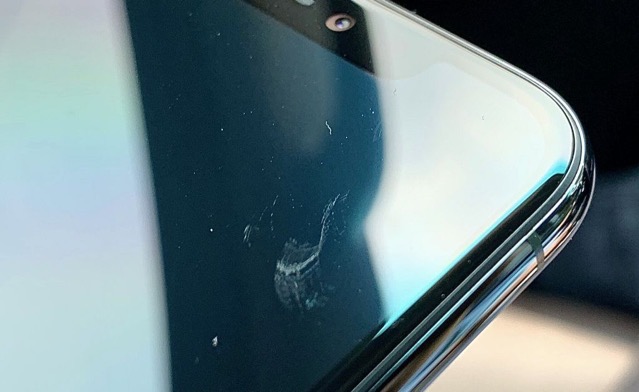 It must be noted that most reports come from users who have had other iPhones in the past and have never experienced these problems.

Users say that no matter how much care they put into making sure that nothing can damage their new iPhones, the displays are still getting micro-scratches. In some cases, these scratches even look like permanent smears (as shown above).

Below are some user comments from the 66-page long thread:

“The screen feels like it can get scratches or smears when not even in contact with sharp or rough surfaces. Never had this issue with previous generation iPhones. Not impressed.”

“Same issue on this end. I keep my phone in my pocket and somehow I have a few deep scratches on the front of my phone. Doesn’t make sense. I had my iPhone X for 2+ years and didn’t have any scratches on it. Help!!”

“I have the same thing happening. I noticed a few small scratches, but now I have a section at the top that looks like a mess of scratches about a quarter wide.”

“What are we supposed to do about this? The scratch is so big and the phone is so new that I’m not willing to just deal with it…”

Apple has not yet issued any statement regarding the matter. Let us know if you are experiencing the same issue with your iPhone 11 in the comments section.