Citing a research note from Barclays analyst Andrew Gardiner and three of his colleagues, MacRumors is reporting that in addition to Face ID, this year’s ‘iPhone 13’ is expected to feature a fingerprint scanner embedded under the display for authentication. 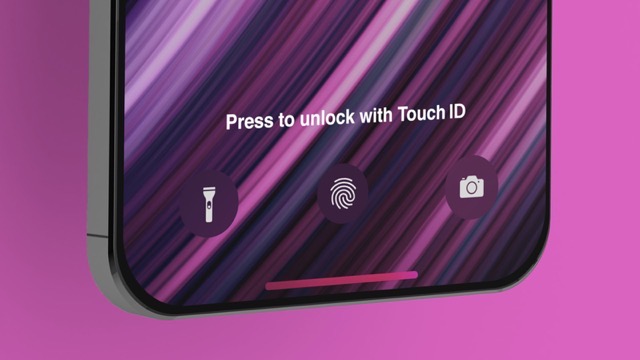 According to the analysts, Apple’s 2021 iPhone models will feature a smaller notch, and that the LiDAR Scanner will remain limited to ‘iPhone 13 Pro models’ this year, reiterating the same information previously shared by veteran Apple analyst Ming-Chi Kuo.

The analysts added that their research is based on “extensive industry conversations” with suppliers in recent weeks.

For the coming iPhone 13 cycle in 2H21, we foresee a more tightly integrated version of the existing structured light system, which will enable the long awaited reduction in the notch. On the rear, we do not anticipate Apple to broaden the adoption of the Lidar 3D sensor beyond the Pro models.

We also view the adoption of fingerprint-under-glass, that likely is added in the 2H21 iPhones, as a structural headwind for additional 3D sensing content at Apple and could be the security feature of the future.

While Kuo has previously said that Apple plans to launch an iPhone equipped with both Face ID and a fingerprint scanner under the display in 2021, his most recent research note about ‘iPhone 13’ does not mention this feature.

With a $4.28 billion operating loss in Q4, Meta's Reality Labs division recorded a total loss of $13.7 billion in 2022, the company said in its earnings report (via CNBC). Back in 2021, CEO Mark Zuckerberg said Meta's future would be in the metaverse, a digital universe where people will work, shop, play, and learn....
Usman Qureshi
10 mins ago

Apple’s all-new HomePod 2 is launching tomorrow, February 3, 2023, with some early hands-on reviews and unboxing videos already hitting the web. Just ahead of the official release, Matthew Costello, Apple’s hardware vice president, has shared how Apple decided to resurrect a product it had discontinued in 2021. We deeply studied the learnings from the first HomePod...
Usman Qureshi
27 mins ago

Sony has today announced the release of its next PS5 system software beta, which introduces a handful of new features, including the highly requested Discord voice chat. The release introduces a variety of UX, accessibility, and social feature enhancements, as well as Variable Refresh Rate (VRR) support for 1440p resolution. Invited beta participants from the...
Usman Qureshi
52 mins ago