YouTube tech reviewer Mrwhosetheboss has released a video comparing 14 generations of iPhones, starting with the original 2007 version, or the 2G. Not all iPhones are included, as the iPhone 5C, iPhone XR and iPhone 11 are absent, for example.

The phones are unboxed, then speed tests are performed, along with camera tests and the displays compared as well. Mrwhosetheboss says the video took two months of preparation and was “the most expensive and time-consuming video” he’s ever made.

Look at his test rig alone for testing the cameras: 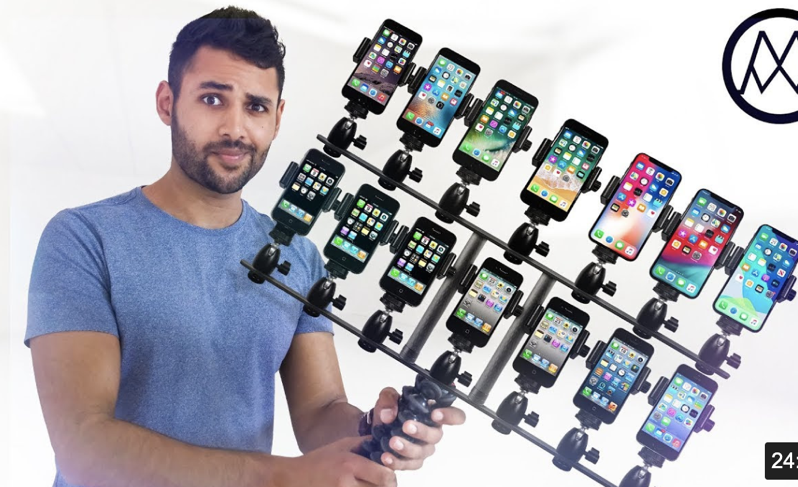