According to Flickr’s Year in Review report for 2015, iPhone was once again the most popular camera brand that was used to capture images uploaded to the photo-sharing social network, accounting for 42% of Flickr photos and videos taken during the year. DSLR manufacturing giants Canon (27%) and Nikon (16%) came in at second and third respectively.

The report adds that in terms of camera types, DSLRs and camera phones aren’t too far apart (31 and 39% respectively) while compact cameras have a 25% share and mirrorless cameras only 3%. It must be noted that the figures are based on photos that show EXIF data, so the actual numbers could be even higher. 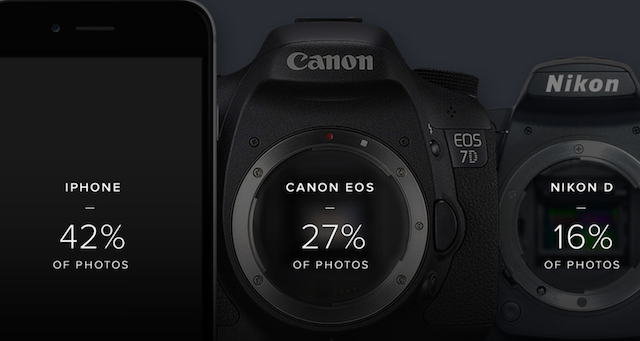