Get Ready for ‘iPhone X Notch Clones’ from Android Manufacturers 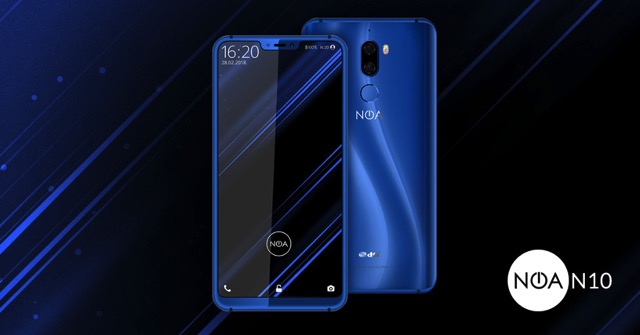 It’s no surprise the Android phone makers are going to copy the iPhone X notch to death. As noted by The Verge, the flood of knockoff notches on Android smartphones got started early with the Leagoo S9 last year and now, we can add the upcoming Noa N10 to the list of ‘iPhone X notch clones’.

“It was inevitable that Apple’s radically redesigned iPhone would prompt such a response from its (much) smaller competitors. The notch in the iPhone X is used to accommodate the Face ID tech that gives it its technological edge, but for a large swathe of consumers, the notch will simply be an identifier to show that you have the latest, stupidly expensive iPhone. The notch is the status symbol’s symbol.”

Pictured above, the Not N10’s notch is said to be so bad that it actually oversteps the Android interface’s icons. Even the clock isn’t fully visible because of the curved corner of the screen. To make things worse, the Noa N10 also feature a bottom bezel that the iPhone X lacks. Other than copying Apple shamelessly, the N10 does have a decent ceramic casing and a dual 16-megapixel camera system.

The Noa N10 will debut during the Mobile World Congress in Barcelona later this month, and will ship with Android 8.0 Oreo at a price of around $375.

What do you guys think of these iPhone X wannabes?