Counterpoint Technology Market Research has released their latest report to conclude Apple’s iPhone 5s remains the world’s best selling smartphone, based on survey data from 35 countries (via The Loop):

According to Counterpoint’s channel survey across 35 countries, Apple’s iPhone 5s continues to be the bestselling phone in the world, a spot that many expected to be taken by Samsung’s Galaxy S 5. The highly anticipated Galaxy S5 comes in at second place but still a quite distant number two in terms of (sell through) unit sales. 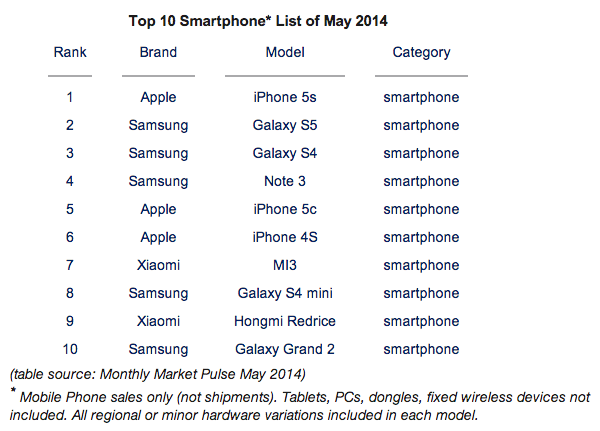 Note this list is based on smartphones sales only—which Apple always releases in their quarterly earnings—versus units shipped, which companies like Samsung only reveal.

Last fall, Apple Music was named the new partner for the NFL’s Super Bowl Halftime Show, replacing Pepsi. This year’s show will feature Rihanna and Apple Music today shared the first trailer for the show, slated for the Super Bowl on Sunday, February 12, 2023, at State Farm Stadium in Glendale, Arizona, where the Kansas […]
Gary Ng
6 mins ago