Apple’s iPhone 7, iPhone 7 Plus and Apple Watch Series 2 pre-orders launched back on Friday, September 9th at 12:01AM PDT.

Those who made Jet Black iPhone 7 Plus pre-orders immediately probably thought they would get their phone by the September 16th launch day, but that didn’t happen, since Apple said iPhone 7 Plus and Jet Black was in heavy demand and sold out.

Our pre-order confirmation email was received at 12:04AM PDT on September 9th and we still received a shipping period of September 27 to October 4, which of course was disappointing.

But early this morning, we received a shipping notification for our 128GB iPhone 7 Plus in Jet Black (probably one of the most popular configurations). While Apple’s delivery timeline says by September 23, tracking via UPS says it will arrive earlier on Tuesday, September 20.

So as expected, Apple under promised and over delivered, which is great. 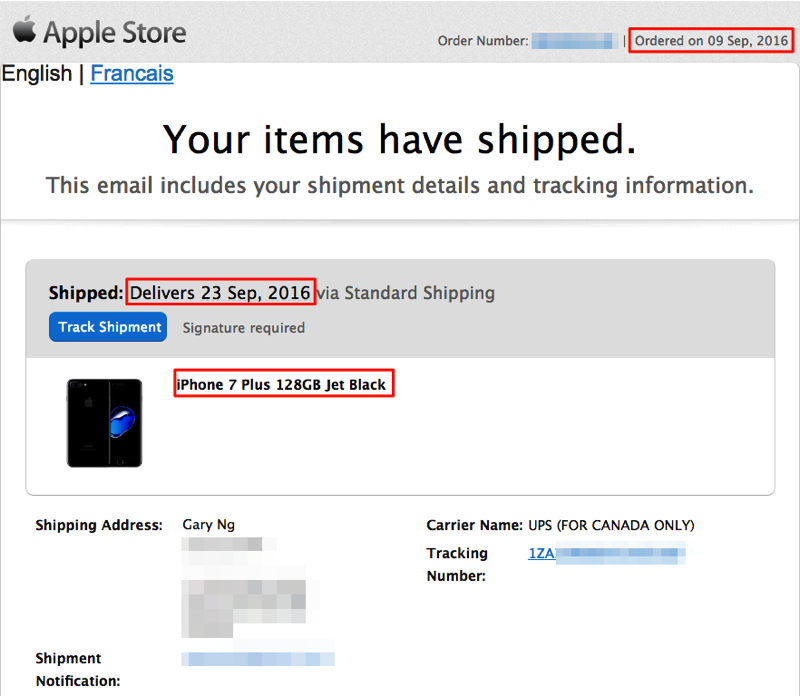 Have you received your Jet Black iPhone 7 Plus pre-order yet? Did you get a shipping notification?

The Canadian Radio-television and Telecommunications Commission, the country’s broadcasting and telecommunications regulator, announced on Monday morning its website and phone lines are down for the count, in what appears to be an unscheduled outage. “Please note that our website, its related applications and phone lines are temporarily unavailable, we will update you as soon as […]
Gary Ng
25 mins ago