According to Professor Neil Alford from the department of materials at Imperial College, London, the recent video showing a leaked 4.7-inch ‘iPhone 6’ sapphire crystal display put through scratch tests with keys, a knife and various forms of bending, “could well be” legitimate, The Guardian is reporting. 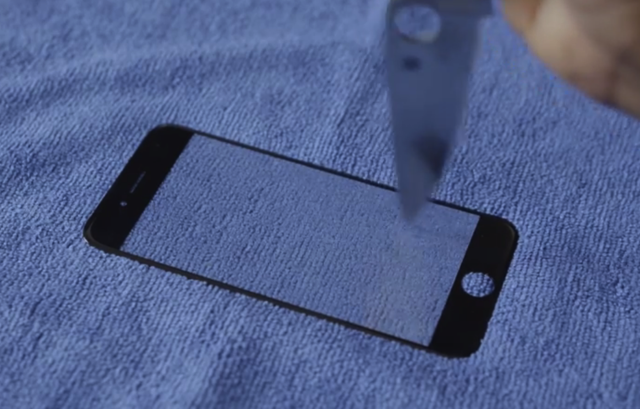 The expert, who claims to have spoken with Apple in the past regarding production of screens from super-hard sapphire glass, believes that Apple has cleverly made a screen out of sapphire, which is incredibly scratch resistant, incredibly hard and has a high elastic modulus, meaning “it’s very stiff”. “I think Apple have been quite cunning”, he noted. He also explained that sapphire has been used in large quantities in electronic components for years.

“I remember the Apple folk coming to speak to me about 18 months ago to discuss sapphire screens,” remarked Alford. “They’ve obviously been busy since then, working with a sapphire manufacturer.”

“It’s not a surprising thing to do, but it’s quite a large area they’re producing and that’s really quite a challenge. I’m pretty impressed with that, actually,” said Alford.

Previous reports have hinted that not all versions of the ‘iPhone 6’ would use sapphire glass, but according to this new video, the 4.7-inch part seemingly suggests both larger versions will support the stronger and more durable crystal display. Check out the video below if you haven’t already: