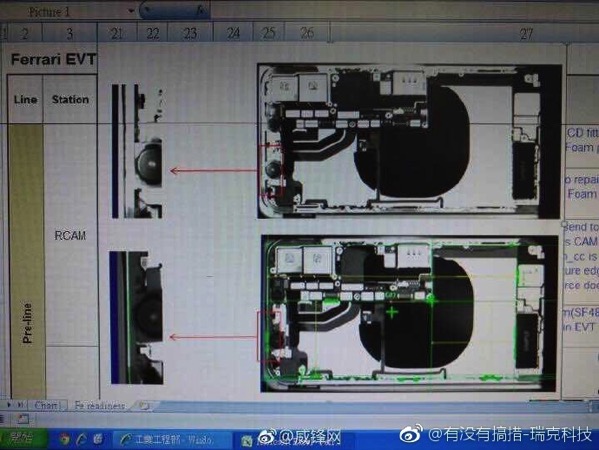 According to a new report by MacRumors, a Foxconn employee has allegedly taken new images of the iPhone 8’s internals and posted them on Weibo, giving a glimpse at the upcoming anniversary edition iPhone’s components, including a wireless charging coil. Since there is no layered view of the device’s internals, it appears they were not taken via x-ray and were captured through some other form of black and white image processing.

The images depict an iPhone in the “engineering validation test” (EVT) stage of manufacturing with a codename of “Ferrari,” the internal name for the iPhone 8 that was previously leaked in supply chain documents late last year. Within the iPhone 8, there’s a large, central black spot that represents the device’s wireless charging coil, which is what will fuel the smartphone’s long-rumored wireless charging features.

In addition to the wireless charging component, you can also see the dual camera module for the rear camera, enlarged shots of which appears to be the front-facing camera or sensors, a large space for the L-shaped battery, and a stacked logic board design. These changes are expected to result in an iPhone with a longer battery life. 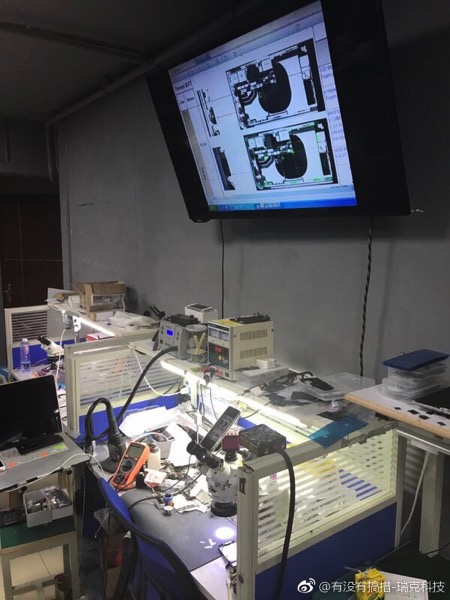 It must however be noted that the EVT stage that the iPhone 8 images represent is a very early stage of manufacturing for Apple to be in at this point, with design validation tests and production validation tests to go ahead of a consumer release.