Lightning-to-Headphone Adapters Show Up Ahead of ‘iPhone 7’ Launch

As pointed out first by Macotakara (via AppleInsider), Chinese accessory maker Tama Electric is advertising a series of Lightning-to-headphone adapters with separate volume controls, just ahead of the ‘iPhone 7’ launch, which is widely rumoured to ditch the headphone jack when it debuts later this year. Two of the three dongles being advertised (pictured below) also include a micro USB port for charging while using headphones.

Of course if Apple does end up removing the 3.5mm headphone jack from its next flagship smartphone, the company itself or its authorized accessory makers will need to offer some form of adapter for legacy headphones. While there are some Lightning-connected headphones already available in the market, Lightning-to-3.5mm headphone adapters are not yet available as certified Made for iPhone accessories. 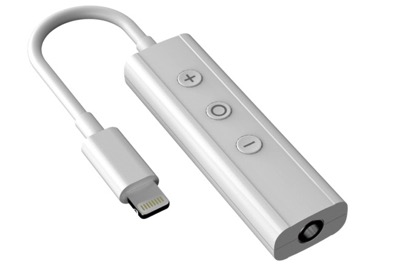 The new Lightning-to-headphone adapters from Tama are also not currently available for purchase, with no mention of price either. It is quite possible that the products shown are a bunch of mockups or concepts, and are most likely not Made for iPhone certified through Apple.

Apple is expected to launch its next-generation ‘iPhone 7’ and ‘iPhone 7 Plus’ handsets in September.