Jenny Latimer from B.C., who’s son died tragically in February 2004 after falling from a family member’s window, is devastated after learning that a memorial site for her son in Burlington, Ont. is being used as a PokéStop in Pokémon Go, Global News reports.“I have ongoing nightmares, I always have. Certain things set it off and every time you get better something seems to happen,” she said through tears. 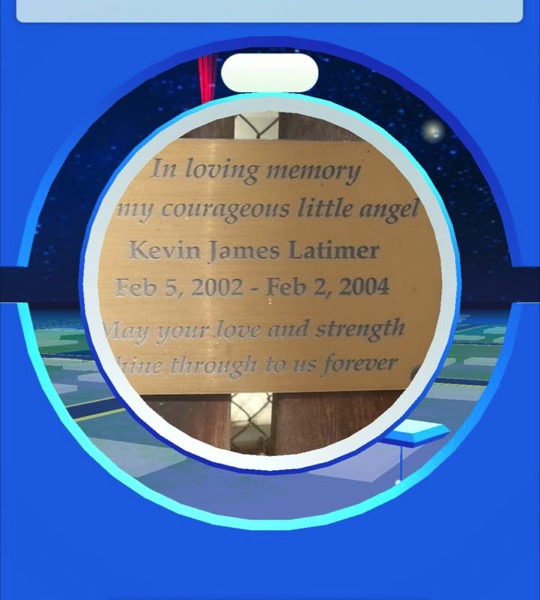 Latimer told the source that she woke up to messages from her friends yesterday morning, telling her that the boy’s memorial site was being used as a PokéStop, a place where players can refill on in-game items while playing the popular mobile game. “Things like this just bring up the past and it makes it very hard to deal with.” A plaque dedicated to her son also appears on the game’s screen, which reads “in loving memory of my courageous little angel may your love and strength shine through to us forever.”

“It’s pretty destroying knowing that something I consider sacred is part of a game. It’s not a game,” she said. “It’s very hurtful to know that something that I want to have there as a positive memory is in my eyes being vandalized virtually.”

“It’s very disrespectful. The memorial is on sacred ground, it is at a church and it’s a very inappropriate place for people to be playing video games,” she said. My mum still goes to that church, and it’s a place people can go and remember him in a positive way and in a peaceful way and this game is making it very disrespectful.”

Latimer has also reached out to the game’s developer Niantic about removing the PokéStop but has yet to receive a response.