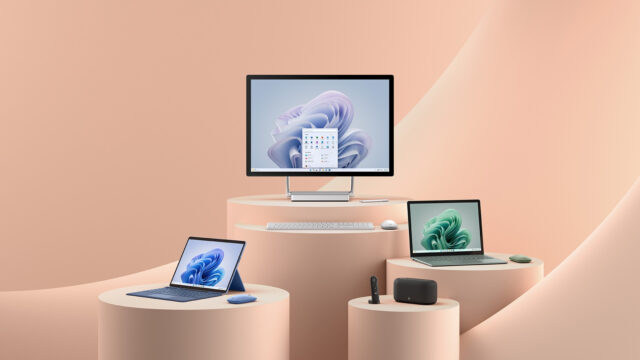 Microsoft has officially announced the new era of Surface devices. A brand new generation of the company’s Surface brand and accessories are on the horizon and promise to deliver some notable improvements and innovations.

Headlining the next generation of devices are the Surface Laptop 5, Surface Pro 9, and Surface Studio 2+. Each device is complemented by Windows 11 and the advancements the operating system provides. 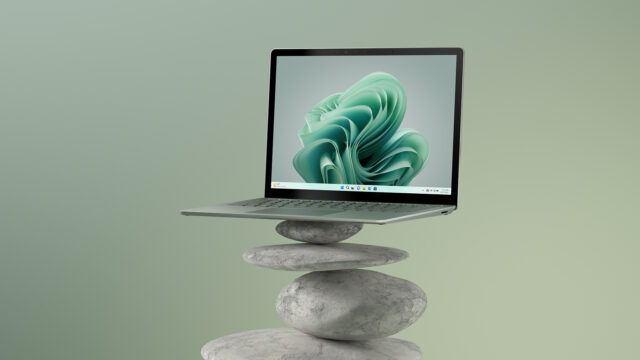 A notable addition to this year’s Surface Laptop is Thunderbolt 4. This means users can now connect to a 4K monitor, charge the device and transfer larger video files via the new port. This is in addition to the 1 x USB-A, 3.5 mm headphone jack, and 1 x Surface Connect port.

According to Microsoft, the 13.5-inch model offers up to 18 hours of battery life. The 15-inch model, on the other hand, has an estimated battery life of 17 hours. This is likely to compensate for the larger screen.

Finally, for those hoping to use the Surface Laptop 5 for Teams meetings and other conferences, the device does have a 720p HD front-facing camera with Windows Hello Face Authentication. Plus, it enables mic capabilities via the dual far-field Studio Mic.

At launch, the Surface Laptop 5 will be available in an array of colours, including ‘Platinum with Alcantara,’ ‘Matte Black,’ ‘Sandstone,’ and the new ‘Sage’.

Microsoft is returning to the well of its ‘Pro’ line. The Surface Pro 9 continues to feature the 2-in-1 support many have become accustomed to from this laptop/tablet hybrid. This time around, the device is made of high-grade aluminum. On the rear, users can find a built-in kickstand. The front side, though, supports a 13-inch PixelSense Flow Display. Once again, 10-point multi-touch returns. The display also features 120Hz for smoother frame rates. 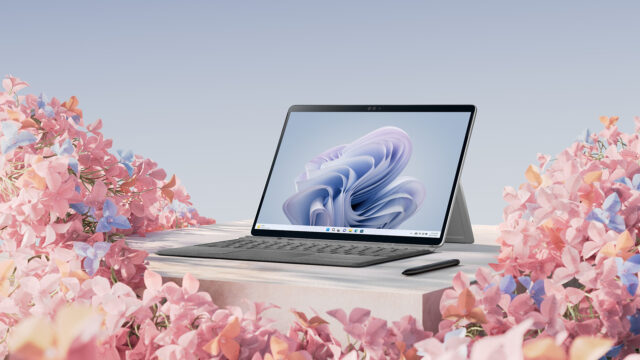 Looking at its internals, Surface Pro 9 is also powered by the 12th Gen Intel Core. As with its sister product, 8GB, 16GB and 32GB LPDDR5x RAM memory options are also available. It’s worth mentioning that a 5G version will also be available but will come with LPDDR4x RAM. The standard version of the Surface Pro 9 utilizes the Intel Iris Xe GPU. However, its 5G counterpart offers Microsoft SQ 3 Adreno 8Cx Gen 3, which is based on Snapdragon.

From a battery perspective, the standard version is said to enable up to 15.5 hours of typical device usage. The 5G model has an increased battery capacity, which Microsoft claims is upwards of 19 hours.

The Surface Pro 9 is launching with available ‘Platinum,’ ‘Graphite,’ ‘Sapphire,’ and ‘Forest’ colours (the latter three are available exclusively on the WiFi model).

Finally, rounding out the major hardware announcements is the Surface Studio 2+. The Surface Studio 2 is the company’s professional-grade device. The Surface Studio 2+ aims to iterate off its predecessor by introducing a number of key new features. This device features a large 28-inch PixelSense touchscreen with 10-point multi-touch capabilities. It supports Dolby Vision and a resolution of 4500 x 3000. 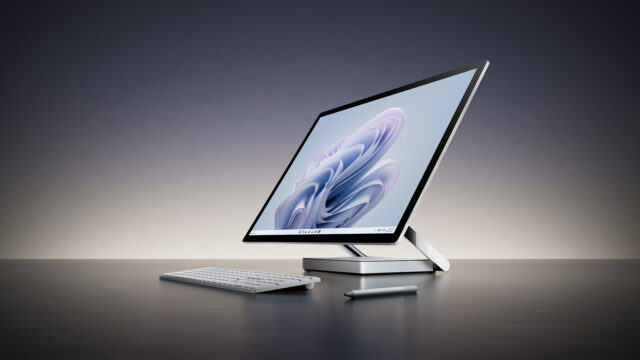 A running narrative across these devices is the inclusion of Thunderbolt 4 and it’s no different here. Thunderbolt 4 support joins the rather sizeable offering of 3 USB-C, 2 USB-A ports, a 3.5mm headphone jack, and 1 Gigabit ethernet port. To no surprise, the Surface Studio 2+ is compatible with the Surface Pen, Surface Keyboard, and Surface Mouse. Finally, the device sports a full 1080p front-facing camera and dual far-field Studio Mics with stereo 2.1 speakers and Dolby Atmos.

Wrapping up the hardware announcements, Microsoft is launching a trio of additive devices. Off the heels of the praised Xbox Adaptive Controller comes the Microsoft Adaptive Accessories. Expanding its accessibility program, this kit includes a set of inclusive devices to use in exchange for a traditional mouse and keyboard. Starting October 25, the kit will be available in select markets. 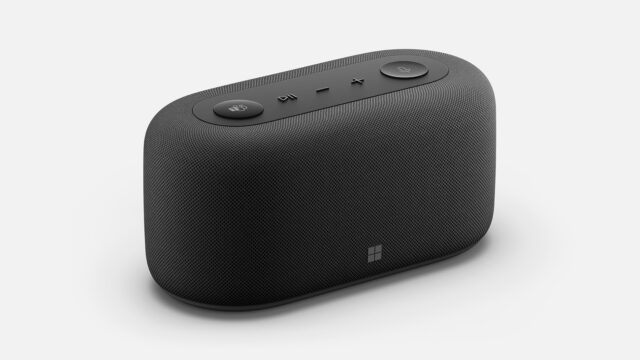 Last up is the Microsoft Audio Dock. This compact speaker system works as a pass-through PC charger. It features an HMDI, two USB-C ports, and one USB-A port. Microsoft hopes the Audio Dock will speak to those who want to reduce clutter on their workstations while not compromising their audio experience. The device features Omnisonic speakers with dual forward-facing, noise-reducing microphones for use during meetings. Also, users will find integrated mute controls.

All devices and accessories are available for preorder starting today on Microsoft’s website. They will become available in select markets on October 25th.