In the midst of iPhone 5 NFC chip talks, an Apple patent was recently granted earlier today. This patent closely represents what a device with a NFC chip would be capable of.

Labeled U.S. Patent No. 8,255,323, this system will provide a “motion based payment confirmation” system. The description mainly talks about a graphical user interface for completing payments. To really understand the system, the provided picture tells a story. 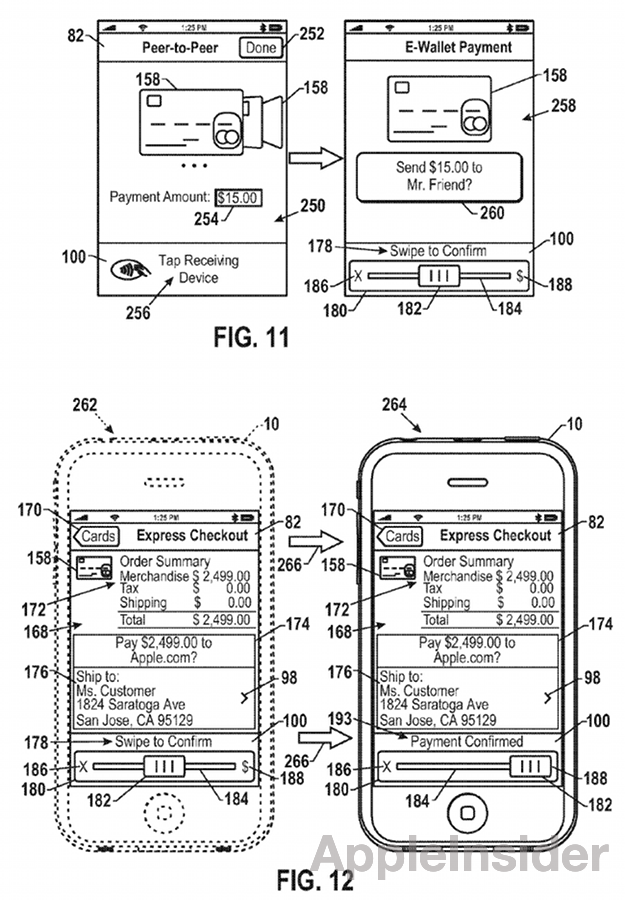 From the patent description:

In one embodiment, an electronic device may include a graphical user interface (GUI) with one or more graphical elements that may be moved by a user to confirm or decline a payment transaction using a selected payment instrument.

The patent works via the iPhones accelerometer and touch sensors. You would essentially enter a specific amount of money and tap another device. To confirm the transaction, just ensure the slider is slid to the confirmation position.

How would it work?:

With Passbook in iOS 6, speculation has lead us to believe the system may also hold credit cards; that was until earlier today when we learned the iPhone’s rumored two-toned design may have an effect on NFC signal. So this patent may not come packed on our sixth-generation-iPhone, but we will have to watch out for future devices.