A new Google wireless streaming device with model number GJQ9T has just cleared the FCC certification, which is believed to be a successor to the company’s existing line of streaming devices (via MySmartPrice). In other words, we may soon see Google announce an all-new Chromecast device. 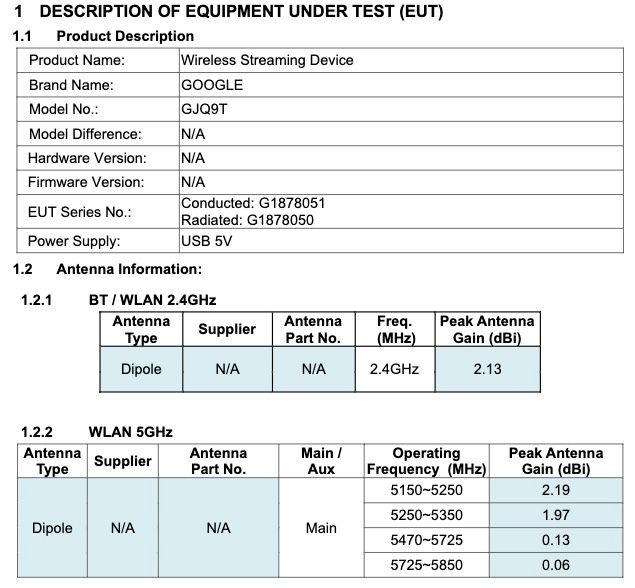 As noted by the source, this new wireless streaming device has the physical FCC ID is located on the back of the device, suggesting that it does not have a screen. Moreover, since it also has support for Bluetooth and Wi-Fi, and requires a USB connection, it further suggests that it could be the new Google Chromecast.

A Chromecast plugs into any TV or monitor with an HDMI port to stream content from a phone or computer onto a bigger screen, essentially turning any regular display into a smart TV.