With over 247,000 neighbourhoods in 11 countries around the globe, world’s largest private network for neighbours Nextdoor has officially launched in Canada allowing neighbours throughout the country to find recommendations for everything from babysitters to snow plowing services, connect with local businesses, and much more. 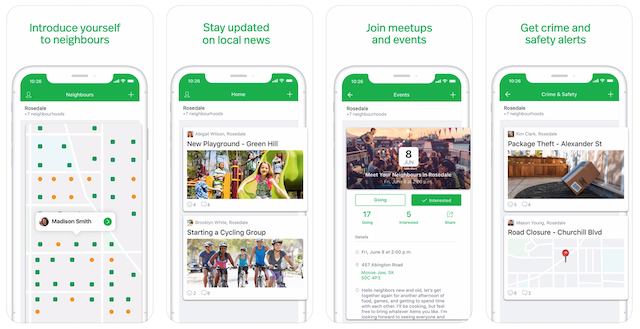 According to the press release, several of Nextdoor’s first Canadian members, including Tom Carini from Ottawa who used Nextdoor to organize weekly neighbourhood gatherings, have shown strong early adoption and interest in the service.

Similarly, Calgary’s Mark Scantlebury, who joined Nextdoor to help his son meet other kids in their neighbourhood, ended up finding a youth group for his daughters to join. “It’s really all about building relationships, sharing trusted, helpful information and building offline connections,” said Scantlebury.

As part of Nextdoor’s investment in Canada, the company plans to open its first Canadian office in Toronto later this fall. “I am thrilled that Nextdoor has chosen to locate its new engineering office in Toronto to take advantage of our skilled and diverse talent pool,” said Toronto Mayor John Tory:

Sarah Friar, CEO, Nextdoor, said: “At Nextdoor, we believe that change starts with each of us opening our front doors and building deeper connections with the people nearest to us – our neighbours. Canadians have a well-deserved reputation for being some of the kindest and most welcoming people in the world and we are thrilled to bring Nextdoor to Canada, our northern neighbour.

Neighbours in Canada can download the Nextdoor app for iOS and Android devices, or visit nextdoor.ca and enter their address to locate their neighbourhood. The service is available in both French and English languages.