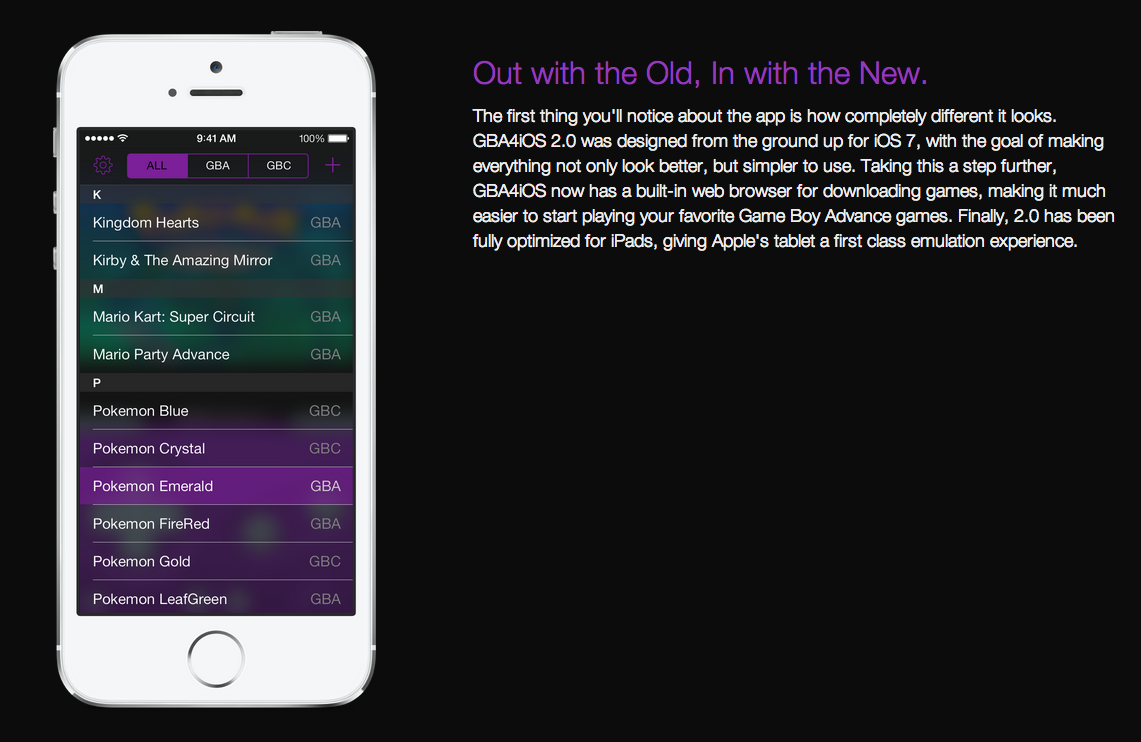 You might have predicted this was coming, but popular jailbreak-free iOS Game Boy emulator GB4iOS has been taken offline after Nintendo served a DMCA take down notice to its creator, high school student Riley Testut (via TorrentFreak):

Well it's official, @NintendoAmerica has sent a DMCA Notice requesting http://t.co/2egsx0sRNS to be shut down.

“We represent Nintendo of America Inc. (“Nintendo”) in copyright matters. Certain material posted on the web site located at www.gba4iosapp.com infringes copyrights owned by Nintendo. GitHub, Inc. is identified as the internet service provider for this web site and IP Address 192.30.252.153. This notice is provided pursuant to the Digital Millennium Copyright Act, 17 USC § 512,”

GBA4iOS was released back in February and the emulator allowed users to play Game Boy games without a jailbreak, in an easy to use interface that did not require Apple’s App Store but rather clicking on download links to install games.

Testut says existing GBA4iOS will continue to work on your device but new downloads won’t anymore:

GBA4iOS will continue to function normally on your device, but new downloads will temporarily be suspended.

Nintendo’s most recent fiscal quarter revealed it had an operating loss of roughly $450 million US, thanks in large part to dismal Wii U sales which only sold 2.72 million units.

I get why Nintendo wants to keep making its hardware to sell their own software, but clearly that model isn’t working for them anymore. They should really jump into the App Store or allow their classic games to be played on any modern smartphone. Many people would gladly pay for that experience.