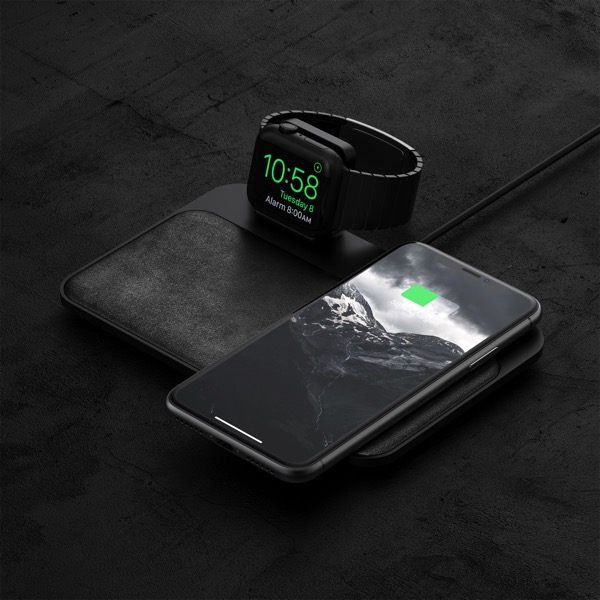 This new charging pad includes a MFi-certified charger for your Apple Watch, plus three Qi-certified charging coils at 7.5W each, underneath its padded leather surface. The unit has LED charging indicators, which dim at night thanks to an ambient light sensor.

The unit can charge up to 3 Qi devices at once and is “designed to comfortably charge 1 Apple Watch and 1 phone simultaneously.”

The Base Station Apple Watch Edition is built with an aircraft-grade aluminum chassis—with a gunmetal gray finish—and rubber feet underneath so it will stay study on your nightstand. It supports the latest Apple Watch Series 4 and older models, while it also supports nightstand mode as well.

The Base Station Apple Watch Edition is available for order now at $119.95 USD, but is currently backordered, with new orders shipping on November 12.