The folks over at PCWorld have called out Apple over claims that its Arm-based MacBook Air is “faster than 98 percent of PC laptops,” while refusing to believe the benchmarks for the company’s ground-breaking new M1 SoC. 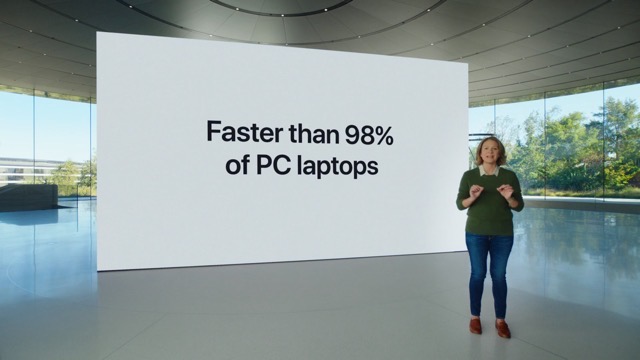 Apple clearly notes on its website that “M1 is faster than the chips in 98 percent of PC laptops sold in the past year.” However, the publication points out that Apple does not say what tests it’s basing its claims on, or where it sources the comparable laptops.

And here’s what PCWorld thinks about Apple’s claims:

“And what is that “performance” claim hinged on? CPU performance? GPU performance? Performance running Windows? Is it using the same application running on both platforms? Is it experiential? Is this running Red Dead Redemption II or Call of Duty: Black Ops Cold War?

While I have absolutely no idea what Apple is basing its claims on, I can tell you that I am 98 percent sure that any of the above laptops listed will wreck the MacBook Air doing any of the tasks I just named.”

Well, let us know what do you guys think about this in the comments section.

Uber is getting back into the robotaxi business. Not long after selling off its autonomous vehicle research division to a startup named Aurora, the transportation app is partnering with Motional. In a 10-year agreement, Uber will work with Motional to provide autonomous rides and deliveries. Based on the initial deal, Uber is utilizing Hyundai's autonomous...
Steve Vegvari
19 mins ago