Apple executive Phil Schiller has participated in the #icebucketchallenge, a trending charity campaign to raise awareness for amyotrophic lateral sclerosis (ALS), also known as Lou Gehrig’s disease. The purpose is to dump a cold bucket is ice water on your head, then tag three others to take the challenge within 24 hours or make a donation.

Schiller tweeted last night an image of him dumping water on himself—check it out below: 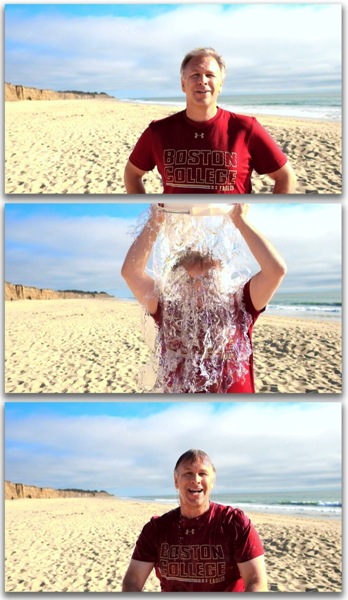 Come on Phil, we want to see the bucket full of actual ice too in a video!

You can see other tech executives such as Facebook’s Mark Zuckerberg and Microsoft CEO Satya Nadella partaking as well.

Now, the countdown is on to see if Tim Cook will participate after being tagged by Schiller, along with former Boston College player Pete Frates (diagnosed with ALS in 2012) who started the challenges, and Chris O’Donnell (also known as Robin).

However, I don’t know if people will be able to top NHL free agent Paul Bissonnette’s cinematic ice bucket challenge:

Security researchers from HUMAN’s Satori Threat Intelligence team have identified 75 apps on Google Play and 10 apps on the App Store engaged in ad fraud, resulting in over 13 million installations (via Bleeping Computer). The researchers say they have identified a collection of mobile apps that are part of a new ad fraud campaign named 'Scylla'....
Usman Qureshi
38 mins ago

YouTuber and tech gore creator TechRax took it upon himself to give Apple's new iPhone 14 Pro a facelift in a recent video. "I can't stand the protruding camera bump," he said, preparing to saw it off. The camera island on the back of this year's iPhone 14 Pro models is larger in all directions than the...
Nehal Malik
38 mins ago

According to Bloomberg’s Mark Gurman, he believes Apple may not hold an October event to announce Mac and iPad Pro updates with M2 chips. The M2 chips were unveiled at WWDC this summer. Does Apple have enough new features still hiding to justify holding an October event with the media? “It seems unlikely,” says Gurman. […]
Gary Ng
52 mins ago