Yesterday, The Verge published an exclusive excerpt of Brian Merchant’s upcoming book “The One Device: The Secret History of the iPhone”, which traces the iPhone’s untold origin, detailing how the iconic device transformed how we interact with technology today. 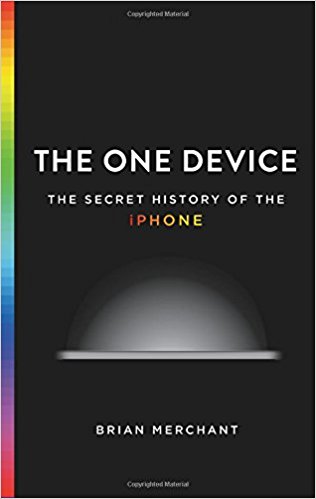 However, a story about Apple’s SVP of worldwide marketing Phil Schiller pushing for a hardware keyboard on the iPhone mentioned in the excerpt, has been deemed “not true” by the man himself (via Daring Fireball).

Not true. Don’t believe everything you read…

His tweet was in response to Tony Fadell, the founder and CEO of Nest Labs and a former SVP at Apple, who also confirmed the story was made up:

I respect @pschiller as a colleague & friend. The story about him is not true. Have asked writer to correct the record. https://t.co/87BkZGcHSi

“I’m not sure what Fadell is alleging here. That he was profoundly misquoted by Brian Merchant? Or that he was quoted accurately but that the story he told wasn’t true? Has to be one or the other.

The Verge excerpt can be corrected, obviously, but it’s a little late to correct a book that’s coming out in 6 days.”

You can read the entire excerpt at this link.

Michael Tobin has shared a new video on his YouTube channel, comparing the new M2 Mac mini, which starts at $799 in Canada, with the Mac Pro worth $13,000. Tobin calls it the "DaVinci Resolve Battle” as he uses the professional video-editing software to gauge the performance of the two machines. For those who aren’t...
Usman Qureshi
19 mins ago

Ming-Chi Kuo has today claimed on Twitter that Apple is no longer working on its own WiFi chips, leaving Broadcom as the biggest winner of the iPhone 15’s upgrade to WiFi 6E. According to the veteran Apple analyst, Broadcom will be the leading beneficiary of the WiFi industry-standard upgrade to Wi-Fi 6E/7 with higher ASP. “My...
Usman Qureshi
34 mins ago

SpaceX has introduced a new ‘Sleep Schedule’ features in its Starlink app version 2023.03.0, which should help users save energy during sleeping hours (via Tesla North). As spotted by Nathan Owens, the feature toggles a power-saving mode, causing the dish to report an outage reason as ‘Sleeping' during the pre-set hours. This Starlink feature has launched...
Usman Qureshi
50 mins ago