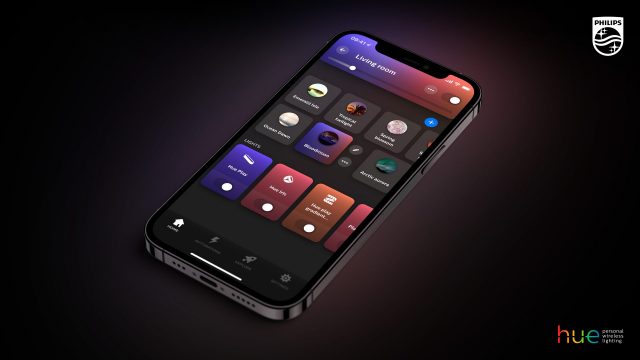 Philips Hue is primed to release a new, redesigned app that’s said to be the “foundation for the future” of its smart home lighting. The app will soon be available on both iOS and Android on Thursday.

In a press release, Signify, the company that makes Philips Hue officially announced the new app. The goal of the new app was to introduce a more streamlined way of accessing controls and improving performance and automation.

While the app may have many similar qualities to the existing Philips Hue app on iOS and Android, Signify has stated that the new app allows users to access the most important features without having to navigate between menus as much. The ‘Home’ tab now shows all the user’s lights and scenes in one place. The new Tile View enables users to quickly control each without having to leave the tab. Additionally, the ‘Home’ tab also incorporates the ability to control lights from multiple Hue Bridges all in one place. Users with multiple homes or multiple Hue Bridges can make adjustments without navigating away from the tab. 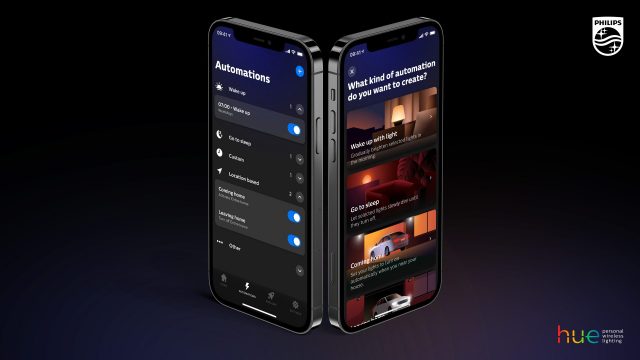 Signify has replaced the ‘Routines’ tab with the new ‘Automations’ tab. This isn’t just a simple exchange of terms within the app. Signify states that ‘Automations’ now enables users to customize their smart lighting even more. One of the more requested features now incorporated will be multi-user geofencing. For example, when a Coming Home or Leaving Home automation is set, the app will check to see if another user is home before running the automation. Additionally, Signify has made improvements to sunrise and sunset automation.

Smaller quality of life changes has also been included, such as adding ‘Rooms’ and ‘Zones’ configurations to the ‘Home’ tab. Being the fourth generation app, Signify has big plans made to continue improving the app on iOS and Android. The company has already stated that the first update will introduce dynamic scenes. This will allow the smart lights to be set to slowly transition from one colour to another over time. This update is expected to launch during the summer of this year.