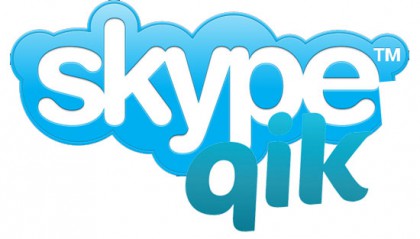 One of the best live-streaming video applications for the iPhone is Qik. Making its debut in Cydia in the Fall of 2008, it eventually hit the App Store a year later on Christmas Eve. Qik made live instant sharing of video mainstream, and led to other similar apps like Ustream and Justin.tv to be launched.

Qik eventually got bought out by Skype in early January of this year for $121 million. Now that Microsoft has acquired Skype for $8.5 billion, it has been confirmed Qik is part of the deal, according to Geekwire. So here’s to crossing our fingers that Qik will continue to operate as usual.

Qik’s Smart Streaming Technology optimizes streams over networks, and could play a key role in any future apps coming from Microsoft. It was made clear that Skype will continue its support for ‘non-Microsoft’ products, so I’m assuming Qik will follow suit.

Designer Jonas Daehnert (@PhoneDesigner) has just shared what an 'iPhone Ultra Edition' might look like based on the design of the Apple Watch Ultra. Yesterday, Bloomberg‘s Mark Gurman speculated that Apple could launch an even pricier "iPhone Ultra", positioned above the “Pro Max,” next year. In the past, the analyst had said that Apple is likely...
Usman Qureshi
17 mins ago

Apple on Monday released tvOS 16.3.1 and HomePod software version 16.3.1 for download. As for release notes? For HomePod 16.3.1, Apple says it includes general performance and stability improvements without going into specifics. The software update size is 467.8 for the original HomePod. In order to update your HomePod software, you need to launch the […]
Gary Ng
35 mins ago

SaskTel is partnering with South Saskatchewan Ready (SSR) to bring the infiNET service to four communities in Southern Saskatchewan. The partnership will expand the SaskTel infiNET service, Saskatchewan’s largest fibre broadband network, to the following communities: Bengough Coronach Rockglen Willow Bunch The project is being facilitated through SaskTel’s Community Participation Program, which has been utilized by over...
Usman Qureshi
60 mins ago