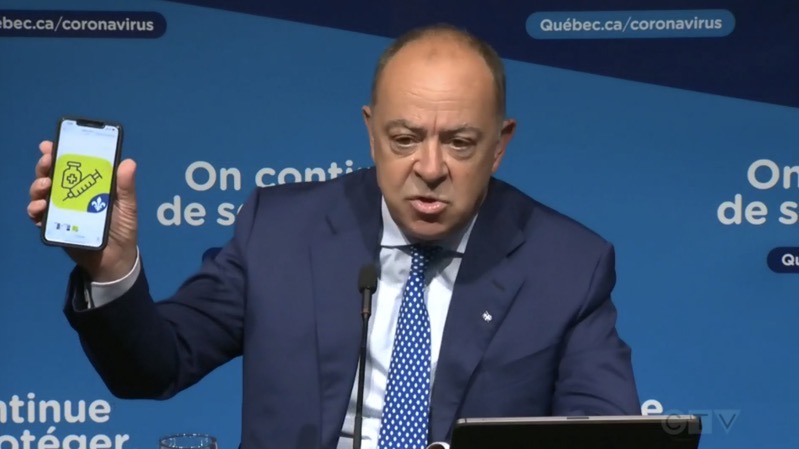 Quebec announced on Tuesday at a media briefing it will launch its vaccine passport app for iPhone and Android users on September 1, 2021.

The province previously announced it was set to debut a vaccine passport for vaccinated residents, to enable them to access non-essential establishments and high traffic places, such as gyms, bars, restaurants, theatres and more. Retail stores will not require the vaccine passport app “for the time being.

“To avoid another lockdown we will use a vaccination passport,” said Dubé, reports CTV News. He added the new mobile app would not gather any data on individuals, saying “it’s a reading application, that’s it.”

“Our goal is for the vaccination passport, to allow adequately, vaccinated people access to high-traffic public events and high contact rate activity that are places of great socialization, for non-essential activities and services,” said Dubé.

The pilot project of the new vaccine passport app will be tested this week at La Cage Brasserie sportive in Quebec City on August 11-12, and Econofitness in Laval on August 17-18, and possibly a bar that “offered themselves this morning”.

On the week of August 23, more details will be made available on how businesses can get the new vaccine passport app.

Quebec says 84.8% of residents 12 and over have been vaccinated with at least one dose, and 72.2% are considered fully vaccinated. In order to hit a 75% second vaccination rate, Quebec needs 400,000 more people to get their second dose.