According to Montreal-based entrepreneur and digital security analyst Steven Lachance, the Quebec Vaccine Passport should serve as a model for other provinces (via CTV News). He described the system as “unquestionably much better than anything (the government) could have come up with internally.” 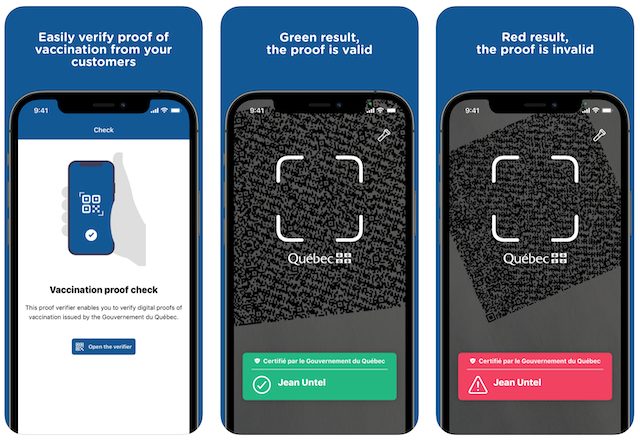 Lachance and another tech expert interviewed by The Canadian Press said the smartphone app does what it claims to do and is not capable of secretly gathering user data.

“I was very skeptical when I first heard of the government’s intentions around this kind of technology — it could have gone wrong in so many ways,” Lachance said.

Earlier this week, Quebec released the apps that will be used to power its vaccine passport system on iOS devices i.e. VaxiCode Verif for businesses and VaxiCode for patrons. Android versions are expected to be released later in the week.

Starting Sept. 1, Quebec residents will need to show proof of vaccination to visit businesses the provincial government deems non-essential, such as bars, clubs and restaurants. That proof is in the form of a QR code distributed to vaccinated residents by the Health Department.

Quebec residents are encouraged to download VaxiCode and upload their QR code into it.