Residents in Victoria, BC, can finally expect to track buses in real-time, as plans to implement a GPS system were announced yesterday by Greater Victoria Transit Commission chairwoman Susan Brice, with the system expected to roll out within 18 months.

Existing riders of BC Transit buses rely on schedules only in Victoria, but that is set to change with the implementation of the GPS system, which will determine arrival times based on speed and location of buses.

“After we roll this project out, you will be able to sit in a café, the comfort of your home or a bus stop and know exactly when the bus is expected to arrive at your chosen stop,” explained Christy Ridout, director of corporate and strategic planning.

The new system will allow for better travel planning and reducing wait times. Riders will be able to track buses on their smartphones and the BC Transit website, while signs will be installed at major stops, like at the University of Victoria.

In 2015, Greater Victoria transit handled close to 26 million trips, at a cost of $121.6 million to run, reports the Times Colonist.

The annual estimated cost of the GPS tracking system is $1.94 million; the commission voted Tuesday to approve a memorandum of understanding to spend $329,000 annually over the next five years, which is just 17 per cent of the cost. The remainder of the costs will come from Federal-provincial grants announced for transit in B.C., which amounted to $160 million. 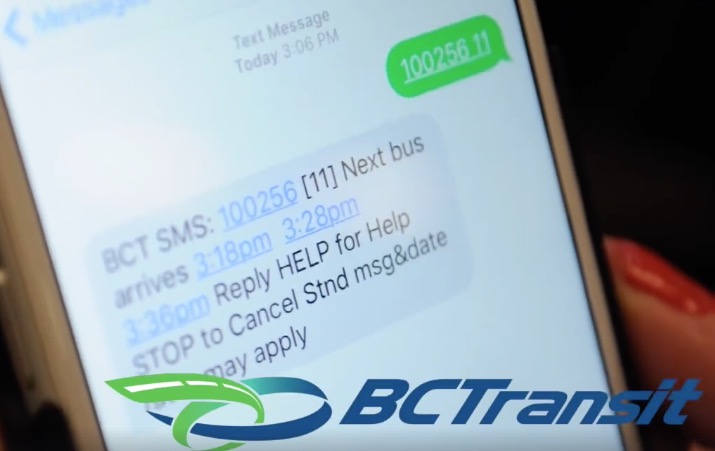 Earlier this year, BC Transit launched their ‘Next Bus’ SMS feature in Victoria, which provided riders with estimated arrival times via text message.